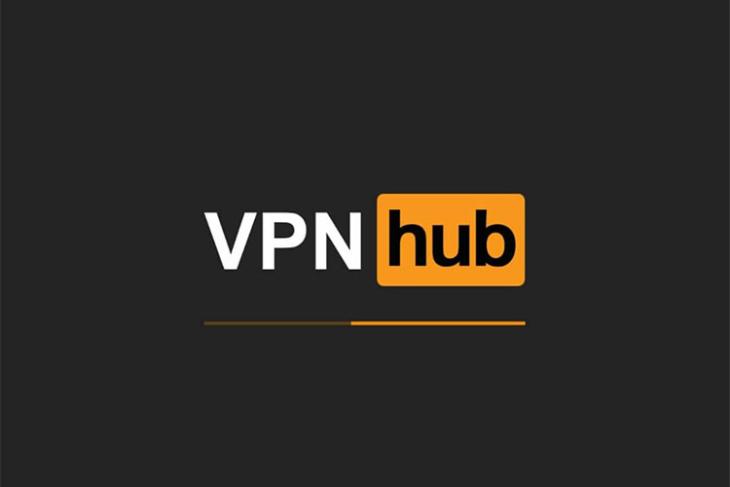 “VPNhub is free and unlimited, anonymous and easy to use. It’s also developed by us, the leading adult entertainment platform in the world. While many people employ a VPN service for any number of reasons while browsing the internet, a good number of them use it to circumvent and bypass restrictions to access adult content. It only makes sense that they use Pornhub’s.”

Unlike most other free VPN services, VPNhub promises unlimited bandwidth which is kind of a prerequisite as Pornhub’s core selling point is bandwidth-intensive videos. The service has around 1,000 servers across 15 countries, so you’ll never fall short of options, if a particular server doesn’t work out for you. 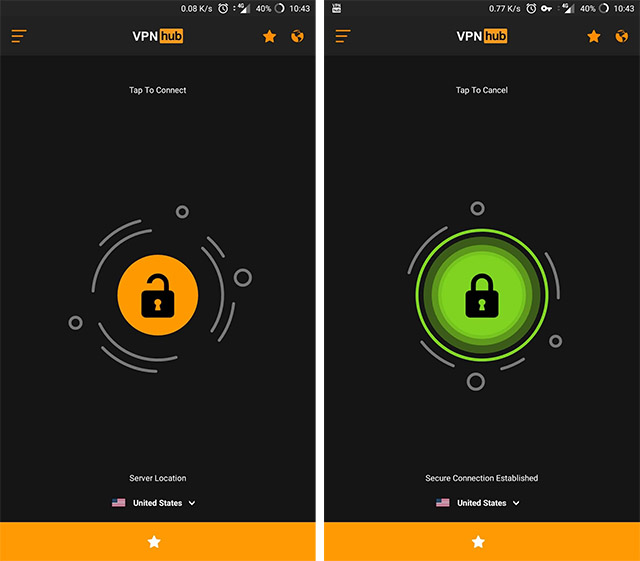 We tried out the service on an Android device and it’s quite easy to setup and use. The app has an orange lock icon right in the center which you can tap to activate the secure VPN connection.

Once the secure connection is activated, the lock turns green with a neat little animation. While the service does include a bunch of different server locations, the free version is locked to the US and you’ll need to subscribe to the premium version to access other locations. 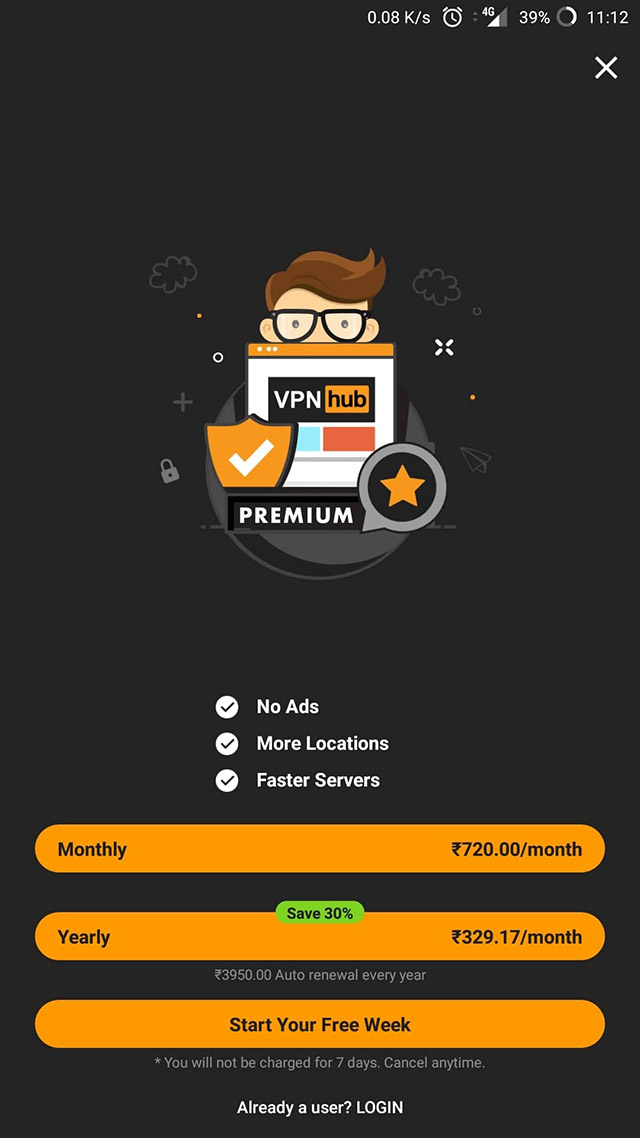