Google Camera Mod is the best thing that has happened to budget smartphone photography in recent years. The only problem with the Google Camera Mod or GCam is that it doesn’t work with all the devices. It is especially hard to find the suitable GCam mod for Redmi devices like the latest Redmi Note 7 and Note 7 Pro. And while there is a way to install GCam on any Android device, the process is a bit more complex and not meant for everyone. That’s why we are always on the lookout for modded GCam APKs which make the installation process easy.

We regularly test multiple GCam mods from different developers, and we have finally found the GCam mod best suited for the Redmi Note 7 and Note 7 Pro. The best part is that since these devices already come with an enabled Camera2 API, you don’t have to root them to use the GCam mod. So, if you own a Redmi Note 7 or Note 7 Pro here is how you can install the Gcam mod on your device.

1. Download the GCam APK and open the APK file. The device may ask for your permission as you are installing a third-party application outside the Play store. Just tap on Settings and grant the permission. 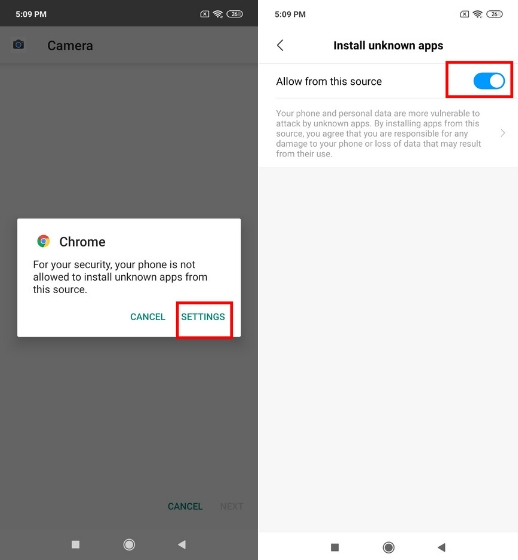 2. Go back and tap on the install button. After the installation process, click on the Open button to launch the app. 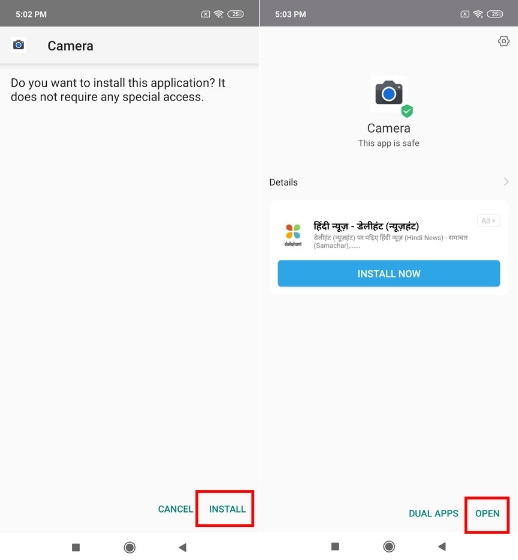 On the Redmi Note 7, the GCam works flawlessly. Both the Portrait Mode and Night Sight work without messing the default settings. Only slow motion doesn’t work at present, which may be fixed in upcoming days. However, on the Redmi Note 7 Pro, there is a slight issue with saturation as the images produced have washed out colors. But don’t worry as that issue can be easily fixed.

1. To fix this issue, just head over to camera’s settings and open GCam settings. Scroll down and open Saturation adjustments. 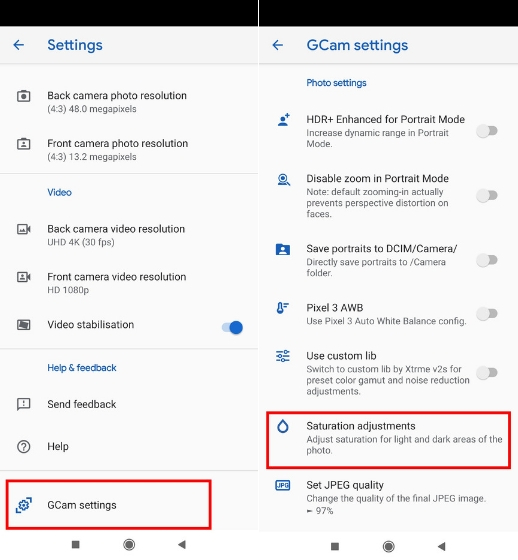 2. Here, change the default values to 2.0 and 2.4, for both front and rear camera. Finally, close the GCam app and re-launch it. Now the GCam app will work without any issue on the Redmi Note 7 Pro. 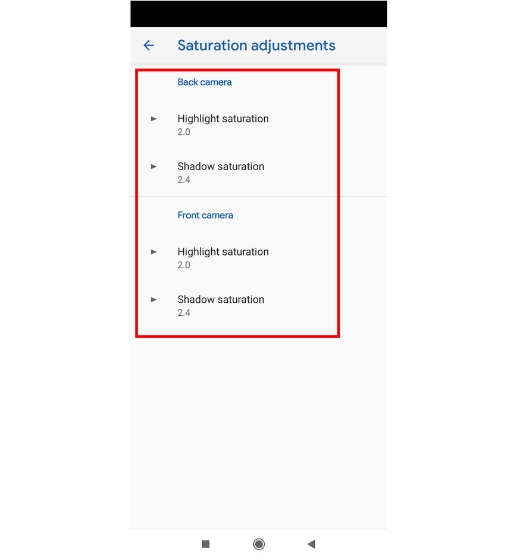 4. If you wish to further customize the GCam, you can change the HDR+ mode to “HDR+ Enhanced” for more crisp and detailed images. Also, there are a bunch of other options in GCam settings like HDR+ enhanced in Portrait Mode, disabling zoom while taking portraits and more which you can change to get better photos. 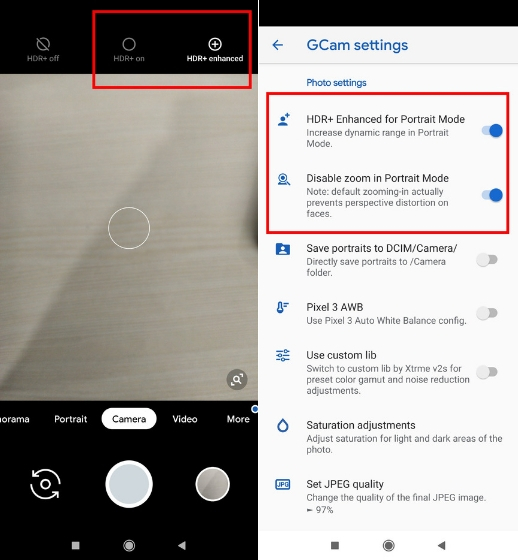 Google Camera Mod has been a game-changer for the budget smartphones and with the native camera2 API support on new Redmi devices, it’s simply icing on the cake. For general consumers, the complications of rooting and modding are over. Just install the GCam app and you are all set to capture images just as you can do with Google Pixel devices. We will be updating the download link in case a better GCam mod is released in the future, so keep checking back if you want the latest GCam mod for your Redmi Note 7 and Note 7 Pro.

How to Install Google Camera Mod on Redmi K20 Pro