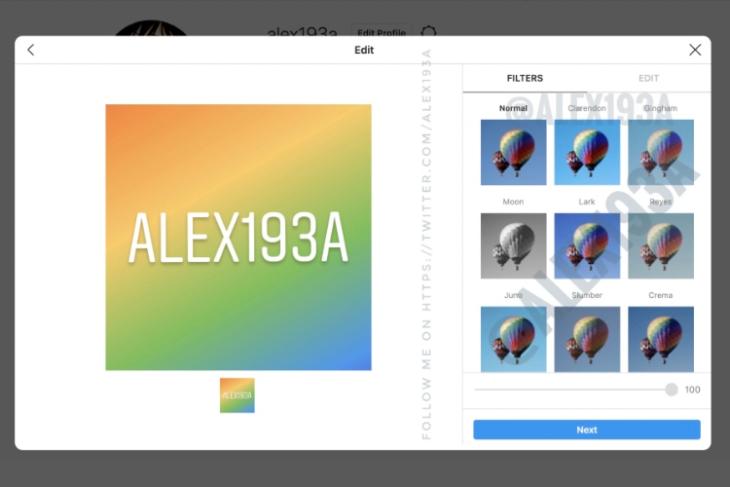 Instagram‘s desktop website is just about a decent way to browse the photo sharing platform. In fact, it’s one of the only ways for users to access Instagram on an iPad since the company is yet to launch an iPad app (and probably won’t). However, while you can view posts, and send direct messages, there is no way to create posts from the website.

That may be changing soon, if a new report is to be believed. App developer and analyst Alessandro Paluzzi has tweeted that the Instagram desktop website is working on bringing support for creating posts. That’s something which is currently available only on the mobile apps and the mobile website.

Paluzzi enabled the upcoming feature on the desktop website and has shared screenshots of how the process will work. However, he did not explain exactly how he got the feature to work in the first place.

Obviously, it’s unclear when Instagram will actually roll out this feature for users, or if it even will. However, bringing posting support to the website can solve a bunch of issues for iPad users who have been clamouring for an Instagram iPad app. Not to mention the added advantage of being able to post from your computers straight away.

So what do you think about this feature? Does this look like something you’re interested in, and will you be okay using the desktop website on your iPad in lieu of an actual, native app? Let us know in the comments.