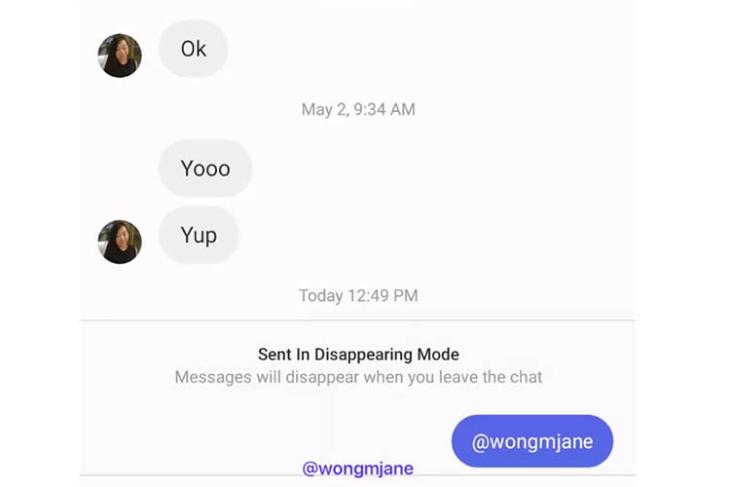 Instagram is currently working on a Snapchat-style disappearing mode for direct messages. The feature was spotted a couple of months back by app reverse engineer Jane Manchun Wong and now, Wong has tweeted an improved user interface of the feature.

As you can see below, the messages sent while in Disappearing mode go away once the user exits the chat, much like Snapchat’s ephemeral messages implementation. There is an animation when the user enters the mode as well.

In disappearing mode, the text explaining the feature reads “Messages will disappear after they’ve been seen”, which is how the feature works on Snapchat as well.

Also, since this is supposed to be a more private conversation window where people will apparently have conversations that they think should not be part of the regular chat history, it won’t come as a surprise if the company natively disables the ability to capture screenshots or at least notifies users if the person at the other end captures screenshots while in disappearing mode.

When the feature was spotted this March, Instagram confirmed its existence saying, “We’re always exploring new features to improve your messaging experience. This feature is still in early development and not testing externally just yet!”, in a tweet.

Now that the interface looks more refined, we could expect Instagram to make an announcement in the coming weeks or months. Even with the feature, it’s unlikely that existing Snapchat users will switch completely to Instagram. Let us know your thoughts in the comments.