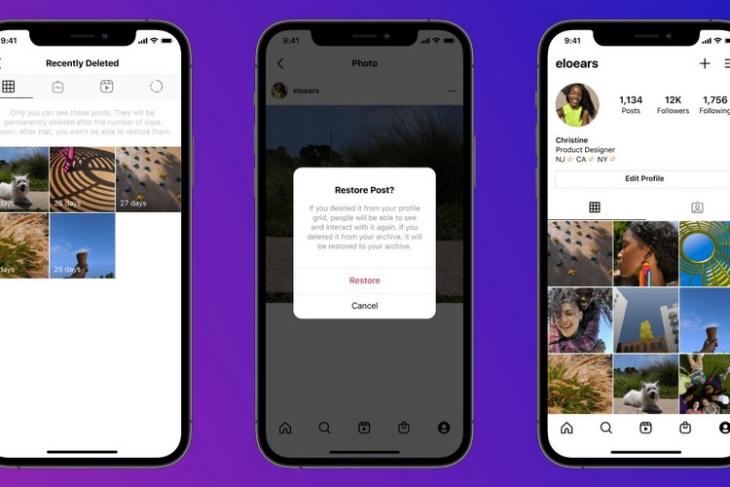 To help users restore deleted content on their account, Instagram is adding a new “Recently Deleted” feature to its uber-popular social media app. The Facebook-owned platform recently introduced the feature that will enable users to review and restore images, videos, IGTV, and Reels content and even stories that have been previously deleted from their Instagram account.

The developers say that they added the feature to help users easily restore their content in case they change their mind after deleting a post. Moreover, the feature, as per the company, will protect users’ content if any hacker gains access to their account and deletes their posts.

The feature is similar to the recently deleted feature in Apple and Google’s Photos apps and works in the same way. The deleted media files remain in a “Recently Deleted” folder and do not appear on the user’s profile. The files remain in the said folder for 30 days and if the user does not restore a particular file after 30 days, it gets deleted automatically. However, the deleted stories that are not in a user’s archive will remain in the folder for only up to 24 hours.

Now, to access the feature, users will require to verify that they are the “rightful account holders” of their respective profiles. This can be done via a text message or an email with a One-Time Password (OTP).

Although Instagram says that the update is currently rolling out to the general public, I, living in India, have not received it on the iOS version of the app, as of writing this article. So, if you have already received the update, do let us know about your experience with the feature in the comment section.