Tesla museum, Pebble Time, Oculus Rift, Project CARS and Solar Roadways – What do all of them have in common? Well, they were all crowdfunded by the masses who believed in the mission of its founders. Crowdfunding is now all the rage in multiple industries ranging from art and music to technology and gaming. For the people with great problem solving abilities, these booming crowdfunding platforms are making it possible to implement their ideas easily. Online crowdfunding has made it possible for people to receive funds from people worldwide and achieve their campaign goals and mission.

When it comes down to Internet crowdfunding, there are two major platforms that are making a case for it – Indiegogo and Kickstarter. These are the crowdfunding behemoths and any alternatives to both of them will be easily outnumbered. Choosing between one of these two platforms for getting started on your crowdfunding could be a daunting task. So how do you go about it? How can one decide between which crowdfunding platform to go with for their new venture?

Here, we’ll go about every little detail when it comes to what makes either of them the best crowdfunding platform for everyone. Read on to learn more about these platforms and decide what will be the best for yourself and your campaign. 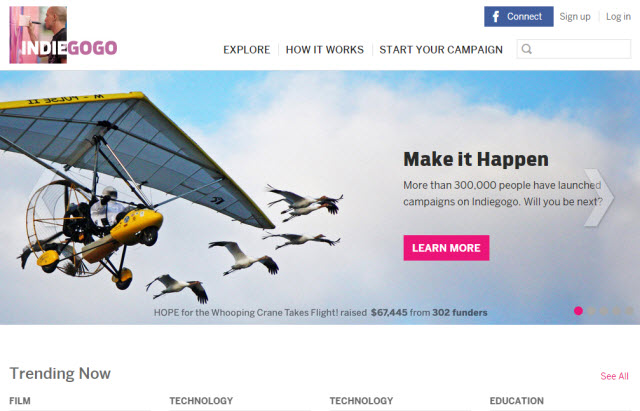 Fees on Completed Campaigns: 4% of the amount raised.

Project timeline: Up to 40 Days

Indiegogo is one of the most popular crowdfunding platform, given its support for campaigns worldwide. Indiegogo makes it possible for people to crowdfund their campaigns from basically any part of the world and eliminates any geographic restrictions or such. They have instilled a donation-based flexible campaign model, in which you can choose to keep any contributions even if the campaign doesn’t meet its goals, but provided that you meet your backers’ rewards and promises. Driving a decent chunk of traffic, Indiegogo witnesses up to 7.6 monthly US unique visitors as per Quantcast.

Although there have been campaigns raising over $10 million on Indiegogo, more backings tend to be slowly paced and tend to not make much difference if the project lives or dies. Anyone could start a campaign at Indiegogo and there is no approval needed for getting your campaign listed there.

Indiegogo takes just 4% share of your successfully raised amount in their fees. But the downside to this is that you will be charged 9% of the amount raised if you choose to have a flexible model for your campaign and don’t manage to successfully meet your fundraising goal.

Anybody can raise money for any idea’, is the motto of Indiegogo founder Slava Rubin and that is clearly reflected in the operation of this crowdfunding platform. 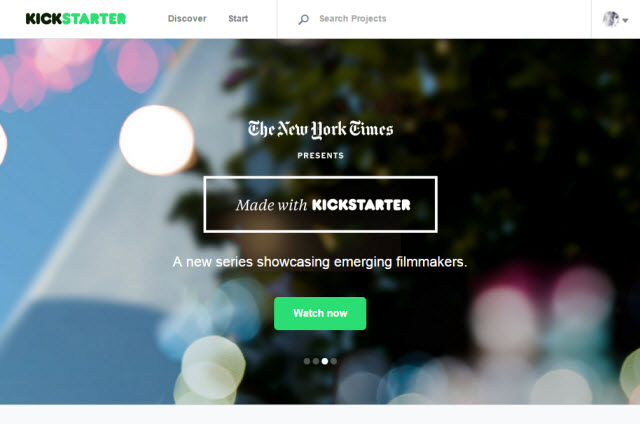 Fees on Completed Campaigns: 5% of the amount raised.

Kickstarter is easily the best crowdfunding platform on the internet. With millions of journalist eyes vouching for ‘The Next Big Thing’, campaigns on this platform have garnered a huge mainstream media coverage. The biggest advantage on this platform is the ease of raising funds for a campaign that manages to make it to their staff picks. Projects in the north of $20 million have been raised on Kickstarter and Pebble Time Smart watch has done it just recently in a span of just 3 days. Many other famous campaigns include Coolest, Oculus Rift, Ouya gaming console and many gaming titles.

The campaign model on Kickstarter strictly follows an ‘all-or-nothing’ model. Only if one manages to successfully raise the entire campaign fundraising goal, then the campaign could be carried on further. No amount is received by the campaign starter if the campaign doesn’t meet its goal and the money is returned back to the backers. This crowdfunding platform is strictly based for people based in the USA or UK or planning to have a representative in those countries. More creative projects get funded the most on Kickstarter with movies, music and offbeat technology getting the most love from backers.

Kickstarter offers fewer categories than Indiegogo, but these categories are their best performing ones and supported more by their backers. Getting a campaign started on Kickstarter again is a tough nut to crack as they have the history of suspending over 45,000 projects for different reasons. Below par projects being scraped are very common on Kickstarter and the entry is not as easy when compared to Indiegogo.

Kickstarter charges 5% of the amount raised on their platform as their fees.

Who Won? You Decide.

Based on these factors, you can easily decide which crowdfunding platform will be the best fit for your campaign.

Both of Indiegogo and Kickstarter are great online crowdfunding platforms that are widely supported worldwide. Campaigns on both these platforms witness backing from people all over the world. Although some of its campaigns define these platforms, that shouldn’t be the sole measure for you to choose a platform over the other. Just because a Tech campaign raised over $20 million doesn’t imply every other Tech campaign could do so, it will be solely down to the quality of your campaign and the value of your proposition.

Brand recognition is offered by Kickstarter but it will lack the wide range of categories and flexible campaign model offered by Indiegogo. In the end, it will be all about how unique your campaign idea is and how well you manage to promote it individually before making it big on the media front.

This Tiny Accessory Can Turn Your Smartphone into a Portable Microscope

BioVYZR Is a Face Shield With Built-in Air Purifier System

This Unique Countdown Timer is What You Need During this Lockdown

Bello Will Scan Your Belly Fat and Suggest You Proper Diet

You Can Control Your Feelings with this Unique Wearable