The Telecom Regulatory Authority of India (TRAI) recently released the Telecom Subscription Data highlights report for December 2017. According to the report, the telecom subscriber base in India grew to 1.19 billion by the end of 2017, with Reliance Jio responsible for adding over 8 million new customers in the last month itself. 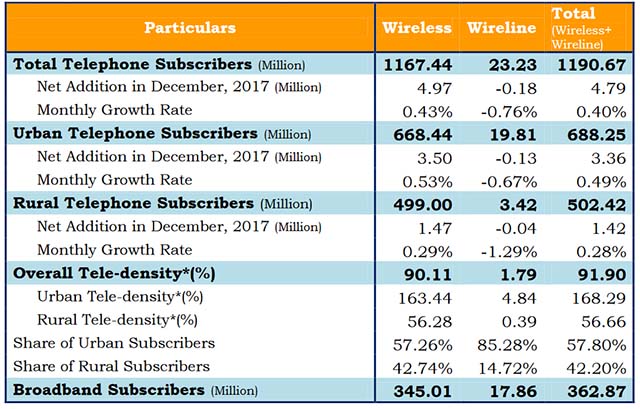 In the landline segment, the subscriber base declined to 23.23 million at the end of December 2017 from 23.41 million at the end of November 2017. Government-owned BSNL, which is a majority shareholder in the segment with a 53.5% market share, lost 127,842 landline subscribers, while private entities including Tata Teleservices, Vodafone, and Bharti Airtel added 8,294 connections, 7,625 connections, and 5,995 connections, respectively.