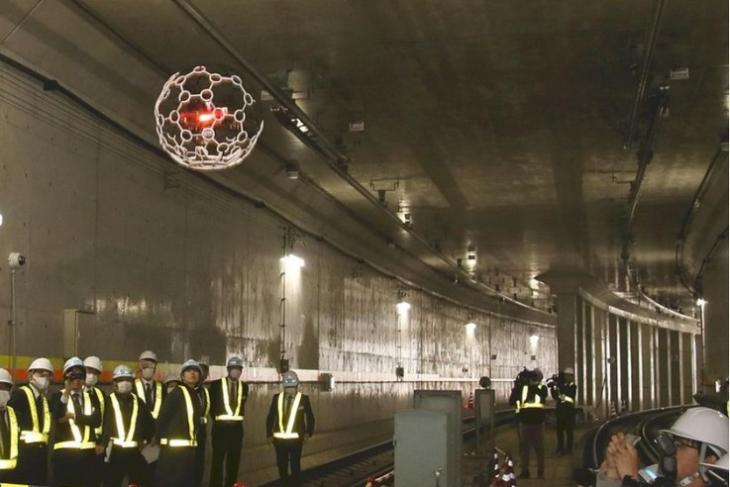 While China is using drones to maintain traffic law and order in the country, Japan is flying drones beneath the ground to inspect far-fetched metro tunnels.

A recent report states that Tokyo Metro Co. carried out a demonstration last week with drones inspecting subway tunnels. The metro company began the usage of drones to monitor subway tunnels back on February 6. The main aim of the company is to enhance the safety and security of the metro lines.

The company is currently using drones for detailed inspection of the upper parts of the metro tunnels and vents. These parts of the metro lines are challenging for employees to reach and inspect. The metro workers generally inspect these parts with the help of elevated structures or vehicles with electronic ladders. However, using drones is a much better idea as the live feed from the drones give a much more detailed view of the tunnel walls and vents. Also, employees can store these video footages for future analysis.

Now, in the demonstration last week, an employee of the company used a drone with a diameter of 22-centimetre inside a spherical protective casing. The spherical casing protects the drone from the occasional bumps and crashes inside the tunnels. The employee flew the drone inside a tunnel that was only 5.5 metres high. The live feed of the drone camera was being monitored by other employees of the company to check for any damages or wreckage inside the tunnel.

The metro company is currently planning to use drone inspection for all its routes as it is cheaper and much more efficient than using any elevated structures or vehicles with ladders. Upon asking about their future plans, a company official commented, “We want to use drones to do more for safety,”.