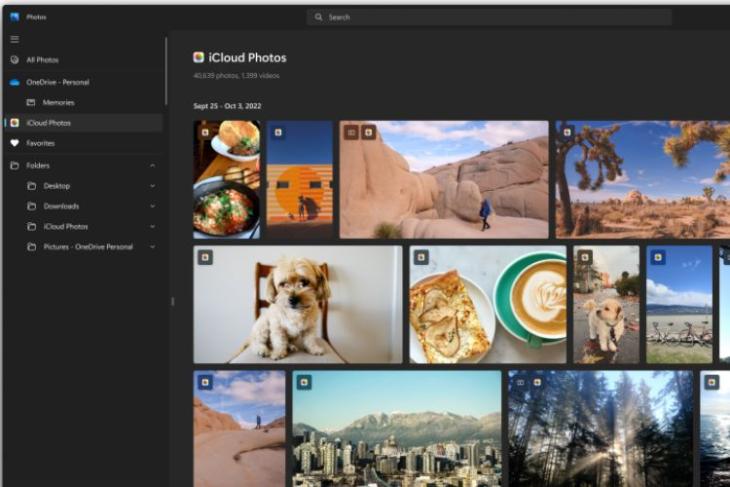 Microsoft, besides introducing the new Surface devices, has announced an update for the Photos app in Windows 11: iCloud Photos integration. With this, users will be able to directly sync their iCloud Photos to their Windows 11 devices.

You Can Now Sync iCloud Photos to Windows 11

iCloud Photos will now appear in Windows 11’s Photos app alongside photos from your PC and OneDrive. The app has been redesigned to include the new “All Photos” gallery view to get access to all the media. There’s also a dedicated section available on the side navigation pane.

Microsoft has started rolling out the new update with the new Photos app ((version 2022.31100.9001.0) to Windows Insiders in the Dev Channel. If you are an insider, you can easily sync your iCloud Photos to Windows 11 but first, you will have to sign into the iCloud app for Windows 11. This update is expected to reach general users in the coming months.

Apple has also collaborated with Microsoft for some more integrations. It is revealed that Apple Music and Apple TV apps will be available in Microsoft Store next year. Apple Music is also available on Xbox consoles in addition to Spotify and Pandora music streaming apps.

The new partnership with Apple can help users get access to parts of their Apple ecosystem while using Windows devices. This is similar to how Microsoft has enabled messages, calls, and more via Android phones on Windows via the Phone Link app. So, what are your thoughts on this new iCloud Photos integration with Windows 11? Let us know your thoughts in the comments below.