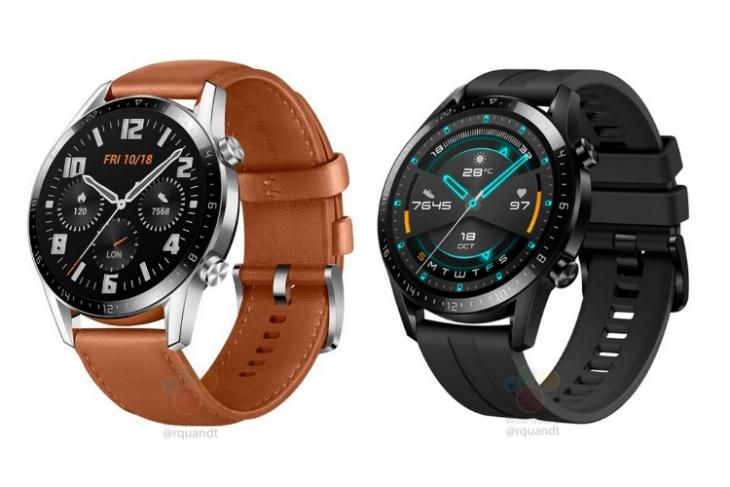 Alongside the launch of its next flagship smartphone – Mate 30 Pro, the Chinese giant has today revealed that it will also unveil the Huawei Watch GT 2 in Munich on September 19. This will be a successor to the original Watch GT, which debuted beside the previous Mate flagship back in October last year.

Huawei confirmed the launch of the Watch GT 2 via an official Weibo post, which you can find attached below. It carries a teaser video which confirms that the smartwatch will be powered by Huawei’s newly announced Kirin A1 chip for wearables. It shows that the design will be pretty similar to the first-gen Watch GT, but leaks suggest that we can expect a slimmer body a larger display onboard. 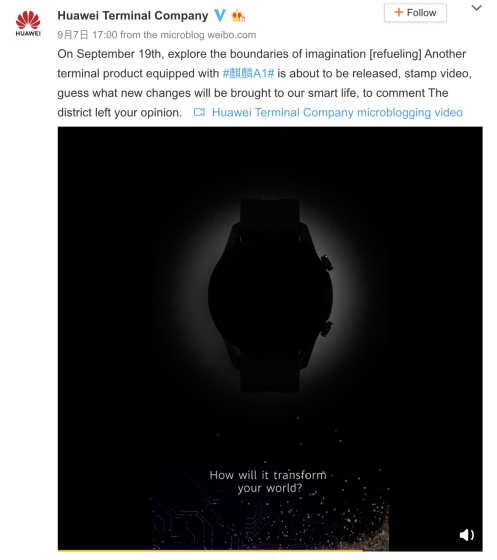 Further, the Huawei Watch GT touted an impressive battery life of up to 30 days on a single charge on standby. Its successor will build on this legacy and is expected to sport slightly larger 445mAh battery as compared to the 420mAh battery inside the Watch GT.

The watch will most likely continue to use stainless steel, ceramic bezels, and the dual-crown design for interactions. It will again have onboard GPS for fitness tracking on the move without a smartphone. New additions in the mix will be a speaker and microphone, which will allow you to make calls but it would require LTE support and that hasn’t been confirmed as of now.

The leaks also suggest that Huawei Watch GT 2 will be launched in 2 variants, i.e Classic and Sport. We will have to wait until next week for official details, along with the pricing and availability details.