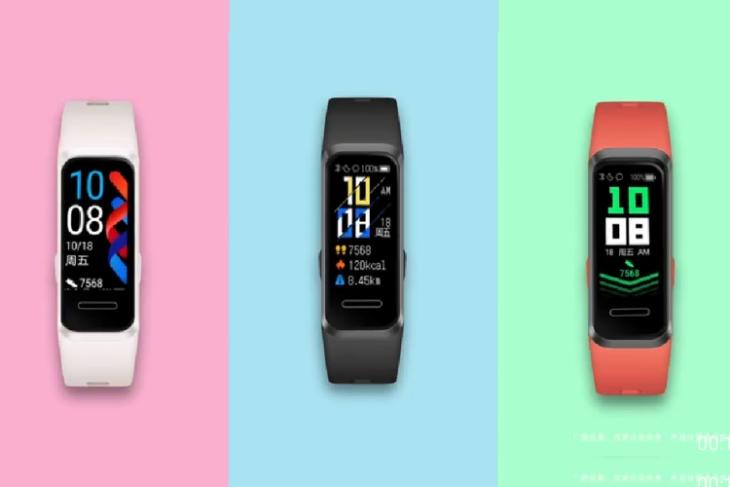 Huawei is currently organizing its 5G conference in Shenzhen China and after the official launch of its Mate X foldable phone, the company has today taken the wraps off Huawei Band 4 and Huawei VR Glass. While the former is an upgrade over the company’s older fitness trackers, the latter is the newest addition to its portfolio and will be driven by 5G connectivity down the road.

Just like older Huawei Bands, the fourth-gen variant features almost the same design to bring you a 0.96-inch TFT color display (same as its predecessor) with 80×160 pixels resolution and 2.5D curved glass protection.

Huawei Band 4 is powered by the Apollo 3 chipset, coupled with a myriad of sensors such as a three-axis accelerometer, infrared sensor, and an optical heart rate sensor. It enables the fitness tracker to monitor the four phases of your heart rate and track sleep, sleep quality.

Unlike any other fitness band, this too allows you to track a variety of activities such as running, cycling, free training and more. It pops up notifications for messages and calls since it’s connected to your smartphone, making it possible to use ‘Find My Device’ and Remote Shutter features.

As for charging the Huawei Band 4, it comes integrated with a USB Type-C charger. You simply need to pull out the strap on one end and plug the band into a charging port. The 91mAh battery onboard, which is smaller than both Mi Band 4 and Honor Band 5, should last you up to 9 days on a single charge.

Huawei Band 4 is priced at 199 yuan (around Rs. 2000) in China and will go on sale from November 1. It will come in 3 different color variants – Sakura Pink, Amber Sunrise, and Graphite Black.

Alongside its fitness tracker, Huawei also launched the first-ever VR Glass headset in its home country today at an exorbitant 2999 yuan (around Rs. 30,000) price tag. It will be available on sale from December later this year. 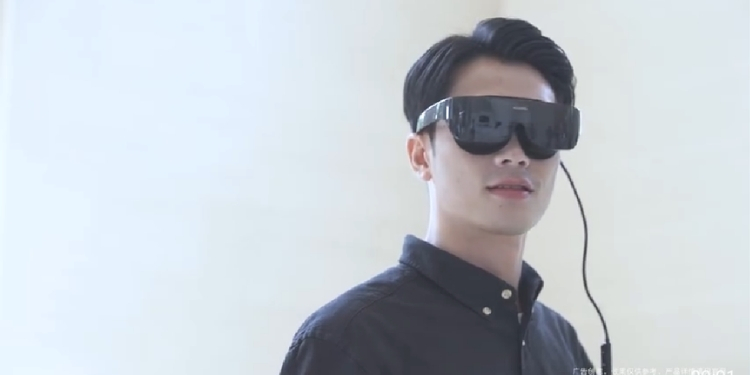 Speaking of Huawei VR Glass’ hardware specs, it has a lens barrel thickness of 26.6mm and weighs around 166 grams. It’s slimmer and comfortable to wear on your face when compared to Oculus Quest or other VR headsets. It boasts a foldable design and there’s even a sunshade mask.

Huawei is new to the VR headset segment, which has been dominated by Oculus, HTC, Sony and others to date. We need to get our hands on this Huawei VR headset to fully understand its performance and display quality.

Huawei Band 4 With Heart-Rate Monitor Launched in India for Rs. 1,999