Facebook recently announced that Apple Music streaming service has been integrated into Messenger and it’s now accessible as a chat bot for all its users. This comes shortly after Facebook partnered up with Spotify and brought a chat extension that offered the ability to create group playlists with the help of AI. The bot can be accessed from both the Messenger mobile app as well as the desktop site, which essentially makes the rapidly growing streaming service easily accessible for Facebook Messenger users. It lets you listen to your favorite artists, playlists and even share the songs you like with any one of your Facebook contacts, which is nothing short of impressive to say the least. The bot is also smart enough to suggest playlists depending on the nature of the emojis that has been sent to it. Interested in accessing Apple Music streaming service right from Facebook Messenger? Without further ado, let’s take a look at how to use Apple Music bot on Facebook Messenger:

Note: I tried using Facebook Messenger’s Apple Music integration on my iPhone 7 Plus as well as my Windows laptop, and it worked flawlessly on both of them.

The Apple Music bot is pretty much a chat bot that suggests playlists and lets you stream songs. However, it’s worth noting that users will be able to stream full songs only as long as they’re an Apple Music subscribers. Others will be able to listen to a 30-second audio preview of the songs. That being said, the procedure to access and use Apple Music bot is quite simple and straightforward, so simply follow the steps below to set it up without any hassle: 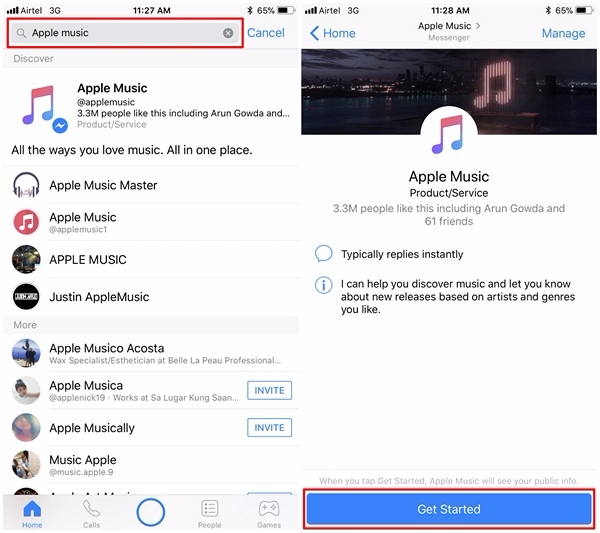 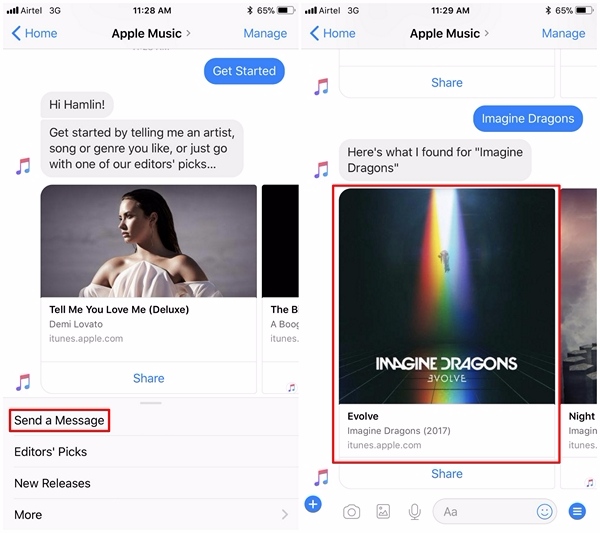 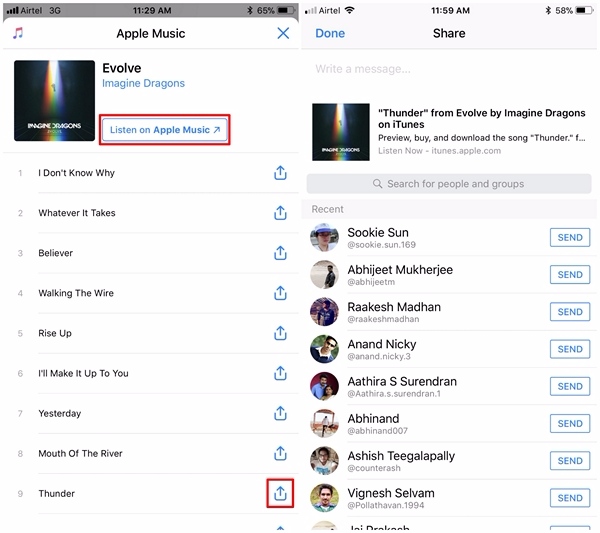 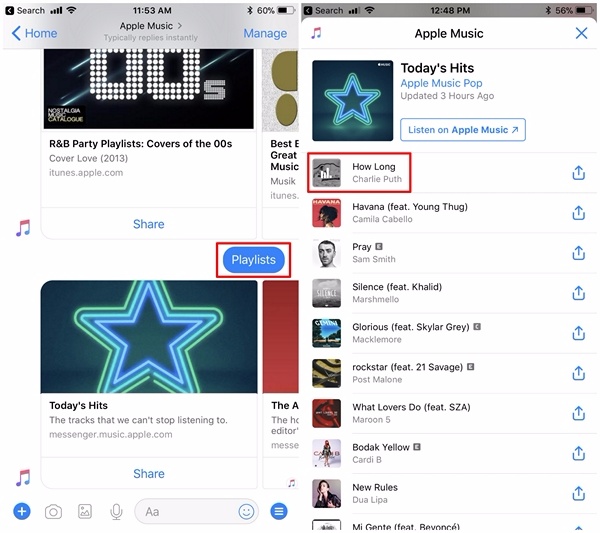 SEE ALSO: How to Save Rs. 240 on Apple Music with Yearly Subscription

Well, that’s pretty much how you set up and take advantage of the Apple Music’s Facebook Messenger integration to listen to all your favorite songs no matter where you are, as long as you’re a subscriber. That being said, users will be able to listen to 30-second audio previews, even if they don’t have the subscription, so that they can decide on subscribing to the rapidly growing music streaming platform later on. This is definitely a feature that adds more value to the Apple Music subscription that I’m currently paying for. So, if you’re an Apple Music subscriber already, how excited are you to try out the new bot on Messenger? Do let us know, by dropping your valuable opinions in the comments section down below.