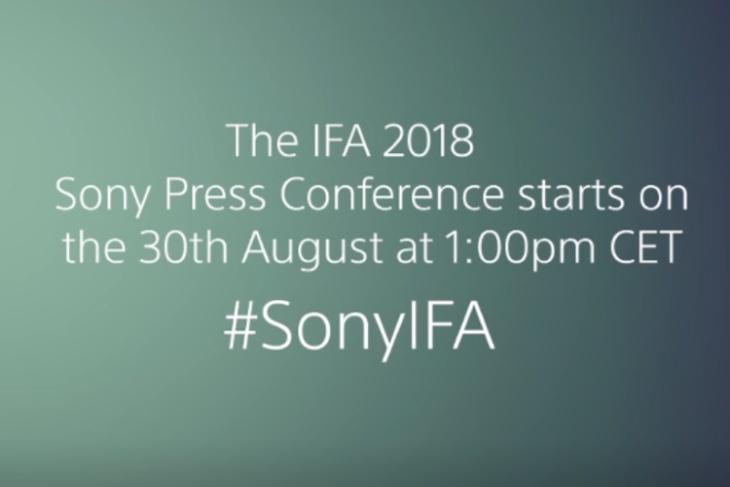 IFA 2018 is one of the biggest expos in the world in the field of technology. A plethora of companies have already launched tons of new devices, including Samsung, LG, Acer, Audio-Technica, and more. Well, Sony is one of the biggest firms when it comes to technology, and their presence is expected to be massive at this year’s event. Today, the company is said to be unveiling a couple of new products at IFA 2018, so you must be wondering, how can you watch the unveiling live, right? Well, here’s how you can do it:

Sony will be live streaming their IFA 2018 Press Conference on their own website here. The conference is scheduled to begin at 1 pm CEST (4:30 pm IST) on August 30, so stay tuned.

Sony has its name behind a huge array of products, ranging from all sorts of technology products. As such, one can expect to witness the launch of new televisions, headphones, cameras, and more. Also, the company is touted to launch their latest flagship device, the Sony Xperia XZ3, which would feature the Snapdragon 845 and would also be the first device to run Android 9 Pie out of the box. However, details of the device have already been leaked prior to the launch, which you can check out here.