WiFi is pretty much the most sought after commodity these days, especially if you can bag it for free. It’s everywhere in today’s world, with most places having more than one WiFi network available. That’s all great for connectivity, but it does play the role of a double-edged sword. You see, having multiple WiFi networks also poses the question of which one you should connect to, since one might have better coverage in one area and weak in the other. At my house, for instance, I have a separate network for the upper and lower floors, and I’d ideally want to connect to the network that’s for the floor that I’m on, since the signal strength is understandably better.

Most of today’s operating systems — especially macOS and iOS — are quite intelligent, but not enough to differentiate and switch between WiFi networks by decent vs. good signal strength. That ultimately leads to situations where you will end up connected to a WiFi network that has a fair signal strength despite the fact that you have an excellent alternative network available, leading to a poor connectivity experience. Luckily, there’s a way around that on Mac and iPhone/iPad.

One of the many things about macOS that I love, is how it offers a pleasant user experience, and puts user friendliness ahead of everything else (and yeah, you can disagree with that; it is just my opinion formed over years). A feature in macOS Sierra and earlier, which is often either overlooked or ignored, is the ability to prioritize saved networks by the order that you want your Mac to connect to them. Using this, you can actually define which networks have higher priority, so that in their presence, your Mac will connect to them first and even switch to them if they become available.

1. Accessing this feature is pretty easy. Either click the WiFi icon in your Mac’s menu bar and navigate to “Open Network Preferences” or launch the Settings app and go to Network preference pane. 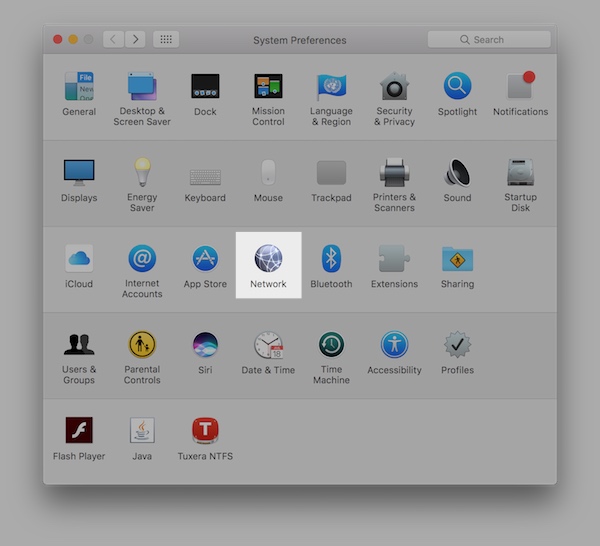 2. From the pane, make sure that WiFi is selected in the left sidebar. Then, from the right side, click the “Advanced” button towards the bottom. 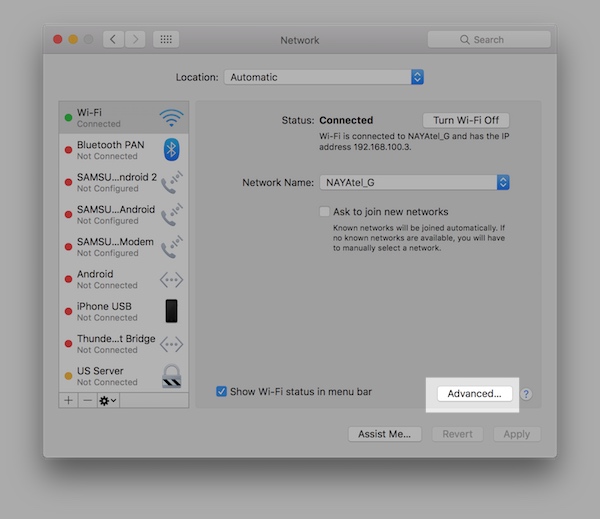 3. The next window will present a column under the title “Preferred Networks”, where all the remembered WiFi networks on your Mac will be listed. Just underneath this column, you’ll see a plus and a minus button. These buttons will move a selected network up or down the list, respectively.

Here’s the thing: networks on the top of the list have a higher priority compared to the ones at bottom. Therefore, all you need to do is to arrange the networks in the order that you want to connect to them. This means that whichever network you want to always stay connected to, just select it and use the plus sign to move it to the very top of the list. Likewise, if you want to lower the preference for a network, just move it toward the end of your list. 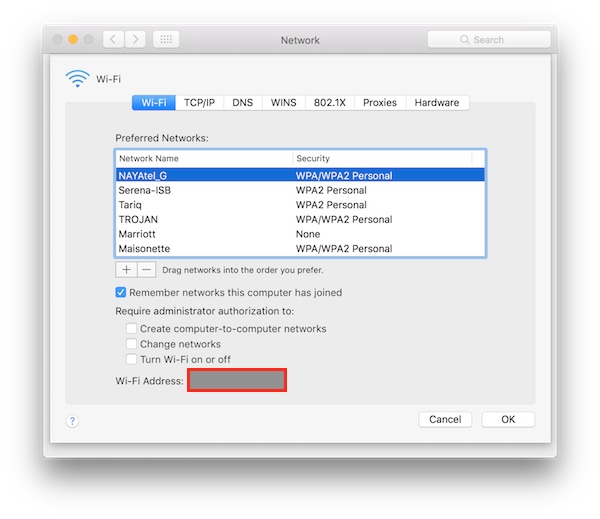 Once done, click OK and your Mac will remember these preferences for the future, resulting in a smooth WiFi connectivity experience.

While there’s a straightforward way to prioritize WiFi networks in macOS, iOS 10 or any previous version doesn’t offer any such option. The truth is that this is a larger problem especially on iPhones and iPads rather than Macs, yet Apple doesn’t seem to have addressed this yet. Nevertheless, this doesn’t mean it can’t still be done.

Note: You will need a Mac with the same Apple ID being used on both the computer and the iPhone.

There isn’t any specific action that you need to take to achieve network prioritization on an iPhone or iPad. Because settings and preferences are shared across Apple devices, provided they’re using the same Apple ID, whatever priority you define on the Mac will carry over to the iPhone assuming that iCloud sync is enabled.

Of course, there are certain caveats to this process. It requires you to have a Mac with the same Apple ID shared across both. It also assumes that you have the same WiFi networks configured on both your iPhone and Mac, which is very likely not the case since the iPhone is a lot more mobile than a Mac potentially may be. However, this is the only way, as of now.

SEE ALSO: How to View Saved iPhone WiFi Passwords on Mac (No Jailbreak)

Set up WiFi Priority on iPhone, iPad and Mac

Well, those were the steps to set up WiFi network’s priority on an iPhone, iPad or Mac. While it’s pretty straightforward on a Mac, it’s irritating and disappointing that Apple hasn’t addressed something as basic as this in iOS, especially since iOS prides itself in its user-friendliness, but until Apple does something about it, this your workaround to your WiFi signal strength concerns. If you have any other way to prioritize WiFi networks on Apple devices, do let us know in the comments section below.