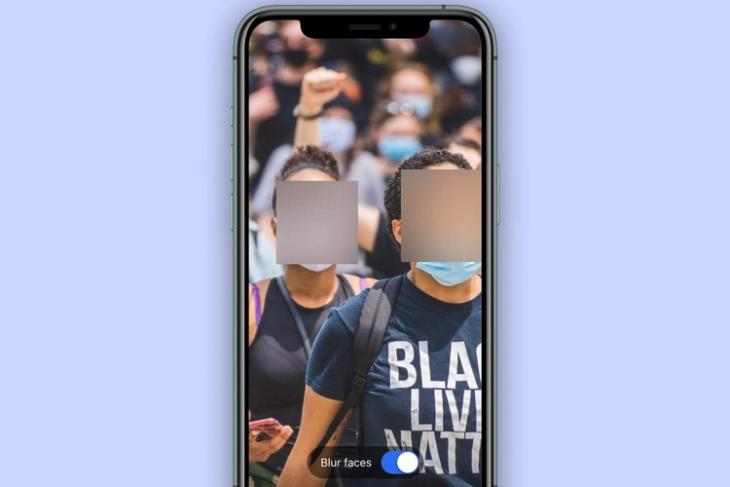 With the aim of protecting people’s identities, the WhatsApp-like privacy-focused messaging platform, Signal has added yet another useful feature in its app. This feature lets a Signal user blur out people’s faces in a picture to protect them from the authorities.

As the protests against racism and police brutality continue to increase in the US, people are sharing more and more images on social media platforms to showcase the injustice by the law enforcers. An image of a protestor does send a strong message to the viewers. However, it also puts the people in danger as law enforcers can track them by recognizing their faces.

So, in light of this issue, Signal recently announced that they are adding a feature in their app that will automatically blur the faces of people in an image. A user can use the tool in Signal to blur the faces and then can share the image anywhere on the internet.

How to Blur Faces in Signal

So, here’s how you can use this tool in Signal:

Note: Once you tap it, the app will automatically find faces in your image and blur them. However, sometimes it might not cover all the faces in an image automatically. Well, if that happens, you can simply take your finger and draw over any uncovered face to blur it out.

The Signal developers wrote, “One immediate thing seems clear: 2020 is a pretty good year to cover your face.”, and I completely agree with them. With apps like “Clearview AI”, law enforcers can easily find who you are even with a grainy image. So, in times like these, it is really a safer option to protect your identity and of those near you.

Google is Apparently Working on a Minimal Design for Gboard

Now You Can Promote Your Question On Quora

5 Security Reasons to Switch From WhatsApp to Signal