The Honor View 10 is here, and it is the first budget flagship device to feature a processor with an NPU embedded within it. While AI might be the major attraction of the device, there are loads of other features present in the phone. One of the most prominent things is the inclusion of Huawei/Honor’s EMUI 8.0 skin on top of Android. The custom skin comes with a plethora of modifications and customizability. A unique feature included within EMUI 8.0 is the ability to take screenshots or start screen recording using knock gestures. So, in case you’re wondering how to use the same, read on, as we show you how:

1. To start off, head over to Settings -> Smart assistance -> Motion control. 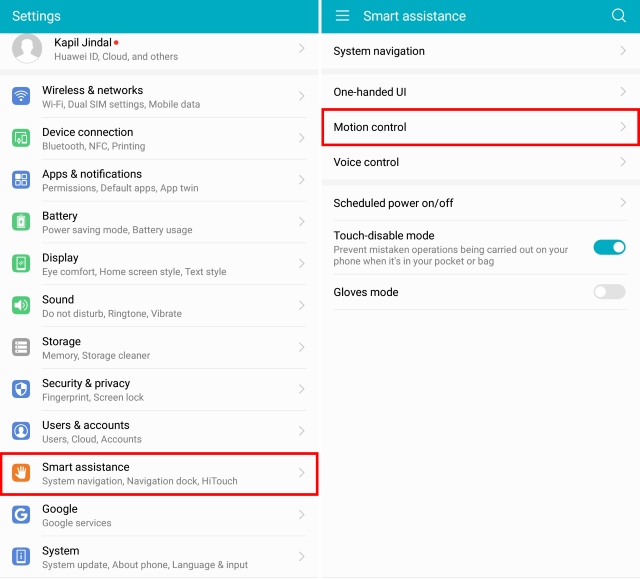 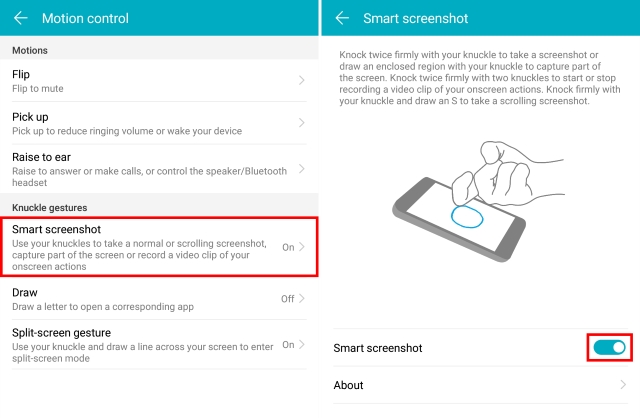 And that’s it. You can now use knuckle gestures to execute various operations corresponding to a gesture, such as:

To take a normal screenshot, simply knock twice firmly on the screen with your knuckle.

Draw an enclosed region with your knuckle to capture a part of the screen.

To take a scrolling screenshot, first knock firmly on the screen with your knuckle, and then draw an “S” with the same.

To start screen recording on your device, simply knock twice on the device using two knuckles at the same time.

Taking a screenshot is something that we do something in our day-to-day activities. With knuckle gestures, Honor has tried to introduce a unique and innovative feature to capture screenshots as well as start screen recording. That being said, I personally found it to be a quite a weird process. I’ve found the three-finger swipe to be a much simpler way to take screenshots. If you’re in a public place, knocking on your phone would get you unwanted attention. Still, that is what I think. But what about you? Let us know your thoughts in the comments down below.

OnePlus 5T vs Honor View 10: Battle of The Budget Flagships