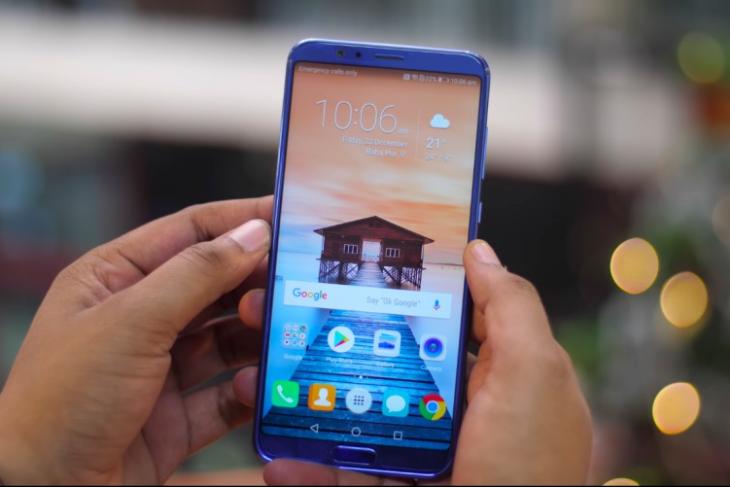 Though Huawei’s Honor brand had unveiled the View 10 towards the end of December, the Chinese giant had decided to hold onto the pricing information of the device. However, the price details for View 10 in India have finally been revealed ahead of its first official sale on Amazon.

Taking a point-blank shot at OnePlus 5T, Honor has set the retail price for View 10 at ₹29,999. This is an unexpected and aggressively competitive pricing for a phone with top-of-the-line specs and features. The registrations for Honor View 10 are now live on Amazon India’s website, who is the exclusive seller for this device.

Taking a look at the internal specs, the Honor View 10 sports a larger 5.99-inch Full-HD+ IPS LTPS display that’s packed inside a metal chassis with a brushed matte finish.

It is powered by its parent company Huawei’s Kirin 970 processor, coupled with 6GB RAM and 128GB onboard storage. You can expand the View 10’s storage by up to 256 GB using a single SIM card and microSD card in the hybrid tray.

As for the cameras, the device relies on a dual rear-camera setup with one 20-megapixel monochrome sensor and another 16-megapixel RGB sensor. Both of them have an f/1.8 aperture but the lack of OIS is evident in the shaky video quality. The front camera, on the other hand, is a 13-megapixel sensor with an f/2.0 aperture.

If these details still feel a bit scant to you, here’s the complete spec sheet:

The attractive pricing of the View 10 is sure to make heads turn and jaws drop to the floor. OnePlus was once considered the only contender in their flagship killer category, which it had invented for itself. But, OnePlus now has some serious competition which it needs to be extra careful about.

So, does the 30K price tag of the Honor View 10 put you in a huge dilemma over choosing your next smartphone? Well, don’t worry, our complete review of the View 10 is going to drop really soon. It will answer most of your questions and help you make a decision at the end of the day. Until then, you can rave about the View 10’s pricing in the comments down below.