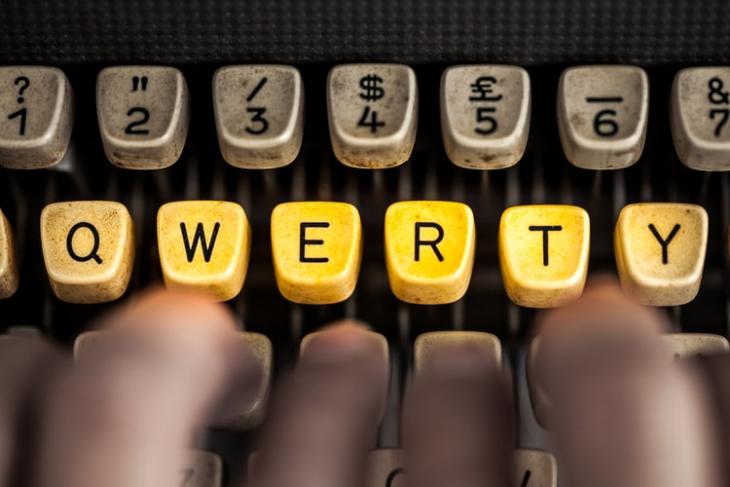 Ever since modern keyboards came into existence, the universal QWERTY layout has not changed. Be it a physical keyboard made for gaming or a touchscreen one in modern phones and tablets, the QWERTY keyboard layout has been the standard for the longest time. So, have you ever wondered why do we have this unusual and haphazard layout for our keyboards? Well, let us go back in time today and learn about the origin of the QWERTY layout for keyboards.

QWERTY Keyboard: How Did It Come Into Being?

Back in November 1868, Christopher Latham Sholes, along with his three colleagues, shipped the first 28-key typewriter to the Porter’s Telegraph College in Chicago. Two years later, in 1870, Matthias Schwalbach worked with Sholes to develop a 38-key typewriter, including special keys for hyphen, comma, period, and the question mark. As per Scholes’ typed letters and patent filings, the keyboard layout of these typewriters was not nearly close to the current QWERTY layout. The latter model had four rows of keys laid out in almost alphabetical order. 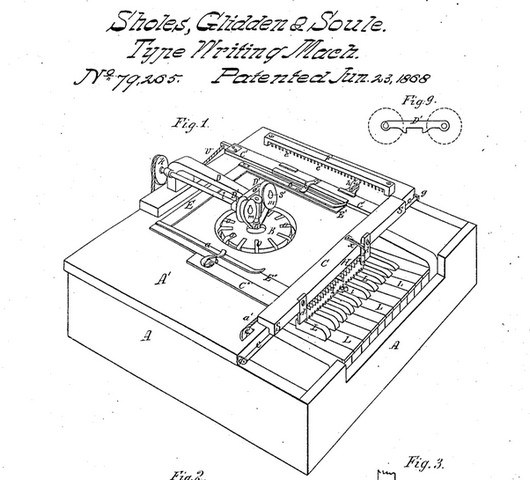 Origin of the QWERTY Layout

So, how did Sholes move from the logical alphabetical layout to the current haphazard QWERTY layout? Well, one of the most popular theories is that the inventor created the QWERTY layout to prevent typewriter keys from a mechanical lock-up.

Now, to understand this, first, we need to learn how a typewriter works. Underneath the keys of a typewriter, there are hammer-like inked strikers which sit adjacent to each other on a type-bar. So, when a typist typed a word with the keys that are on the same type bar, the striker of the keys would often get jammed with each other, causing a mechanical lock-up on the typewriter. It happened mainly due to the succession of the adjacent often-used keys on the Bigram Frequency of usage.

For the uninitiated, Bigram Frequency usage is a technique of statistical language identification that clearly shows the most-paired letters of the alphabet (picture below). 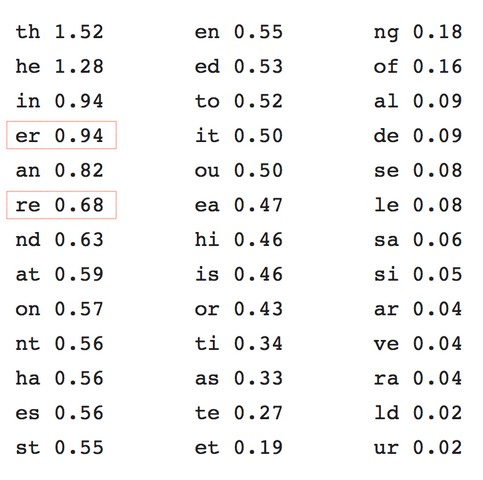 So, to prevent the mechanical lock-up of typewriter keys, Sholes came up with the idea of placing the most-used pairs of letters, as per the Bigram Frequency usage, apart from each other. Hence, if this theory is true, then the QWERTY layout is one such layout that put the keys of the most common letter pairings such as “t h”, “i n”, “h e”, and others most apart from each other.

However, an anomaly of Sholes’ new layout is still a mystery to historians. See, early prototypes of Sholes’ typewriters reportedly showed a slightly different keyboard layout, where the “R” key was not there at the top row. So, it was a QWE.TY layout. Yeah, the period was in the place of the ‘R’ key.

However, before filing a patent for his new keyboard layout, Sholes changed it to the current QWERTY keyboard layout by putting the “R” key adjacent to the “E” key. Now, it was an unusual move by Sholes as the “er” letter pairing is fourth on the Bigram Frequency index. So, moving the “R” key next to the “E” key did not make sense to many historians.