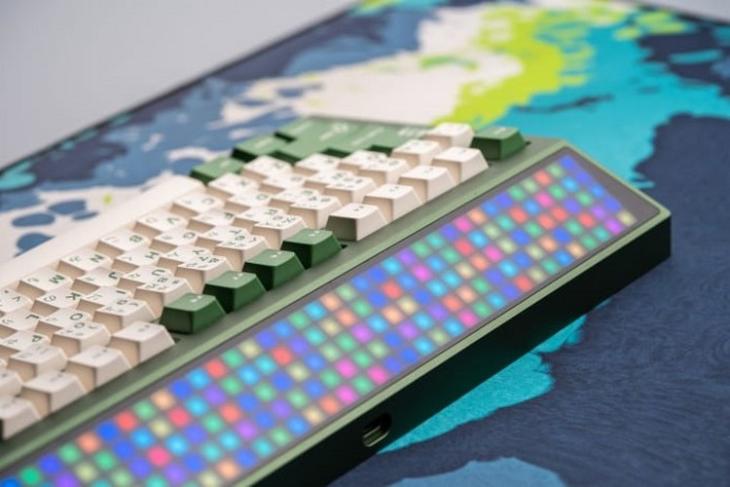 After much anticipation, Elon Musk (quite dramatically) unveiled the futuristic electric pick-up truck, the Cybertruck back in late 2019 by breaking its window with a metal ball. After the unveiling, the unusual design of the truck kinda became a trend in the market. We have seen companies make a $15,000 Cybertruck-inspired “Cyberphone” and have also seen a YouTuber build a “Cyberbike”. Now, there is a Cybertruck-inspired mechanical keyboard that comes with an LED screen at the front.

Meet the “Cyberboard”, the world’s first LED mechanical keyboard inspired by Tesla’s upcoming “Cybertruck”. Made by a Hong Kong-based startup, AngryMiao, the keyboard has an unusual design and actually looks like the “Cybertruck” when seen from the sides.

Now, coming to the features of the keyboard, the chassis is entirely made of aluminum and it has a 75% layout for the keys which have swappable keycaps. It has a Cybertruck-inspired design for its built and looks pretty cool except for the fact that it might be a bit heavy for its size. 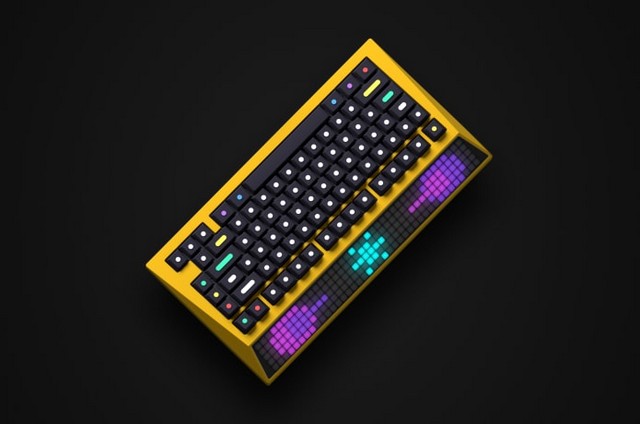 A Keyboard With a Custom LED Strip

However, the heft of the keyboard makes sense as it has a unique custom LED strip at the front which enables some fun DIY lighting effects. There are 200 LED light beads inside the display panel and users can configure the design of these LEDs using a web interface. The company even installed specific chipsets for programmed lighting effects.

With all the cool lighting effects, the Cybertruck-inspired design, and the unique display panel, the keyboard looks pretty dope. However, the company says that it will only make 1000 sets for global sales. So, this makes the “Cyberboard” a limited edition set for the enthusiasts and collectors.

The keyboard comes in five different colors – Cyber Grey, Purple Haze, Industrial Yellow, Jungle Green, and Vapor White. And you can also get extra PCBs and plates to customize your “Cyberboard”. 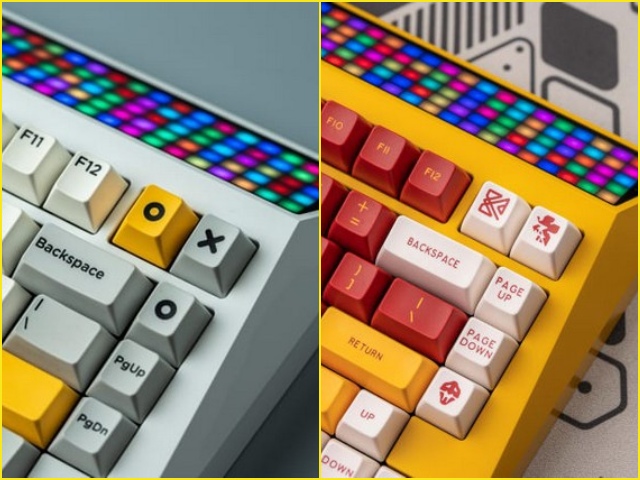 So, if you are a keyboard enthusiast and want to get your hands on the “Cyberboard” when starts to ship, you can check them out on Indiegogo and even pre-book one for yourself for a price of 3,178 HKD (~Rs 30,679).