Ubuntu is a very popular Linux distro, a feat that can be accredited to the fact that it is highly friendly, even for people who’re just getting started on Linux. The default interface that Ubuntu comes with, looks a lot like a cross between the macOS dock, and the Windows Modern UI. Which is why, a lot of people might want to replace the default Ubuntu desktop environment, with something more to their taste. This is where KDE comes in.

With KDE on your Ubuntu system, you will still be able to use the default Gnome desktop environment, if you want to. To install KDE on Ubuntu 16.04, just follow the steps below:

2. Once you’ve done that, you should run “sudo apt-get update“.

3. Then, simply use “sudo apt-get install kubuntu-desktop” in the Terminal, to begin installing KDE on your Ubuntu system. 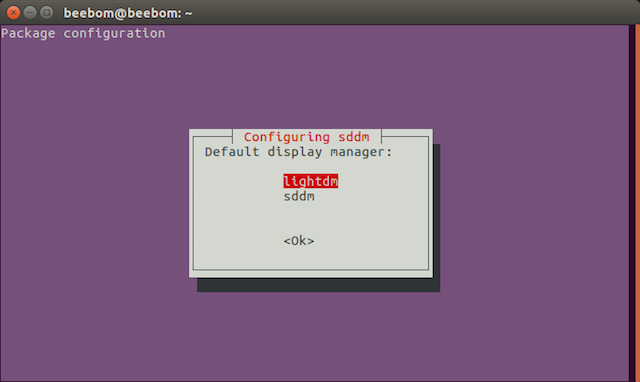 5. The installation will then continue. Once it completes, just log out of your account, and while logging back in, you can select the desktop environment that you want to use. 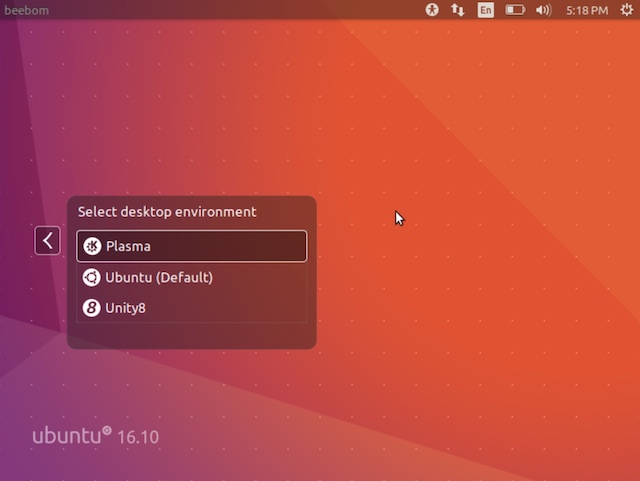 That’s all you need to do, to get the KDE desktop environment on your Ubuntu 16.04 system.

Installing the KDE desktop environment on Ubuntu 16.10 “Yakkety Yak”, is easier than it is on Ubuntu 16.04, because you don’t even need to add the repository to your Ubuntu software sources. Just follow the steps below to install KDE on Ubuntu 16.10:

The rest of the installation proceeds in the same way as it does on Ubuntu 16.04. You will have to choose a display manager, and you can choose any of the two options that you’ll get. Once the installation completes, you can log out of your account, and choose the desktop environment while logging back in.

If for some reason, you want to remove KDE from your Ubuntu system, you can simply follow the steps below:

If you’re running Ubuntu 16.10, this is all you need to do. However, on Ubuntu 16.04, you have to remove the repository from the list of sources, as well. To do that, just do the following:

This will remove the repository you added to install KDE on Ubuntu 16.04. You will now have successfully removed KDE from your Ubuntu 16.04, or Ubuntu 16.10 system.

SEE ALSO: 7 Great Ubuntu Application Launchers You Can Use

Use KDE as an Alternative Desktop Environment for Ubuntu

How to Create Bootable Live USB with Multiple Linux Distros