When Apple announced the late 2016 line of MacBook Pros, the brand new Touch Bar was the upgrade that got the most attention (and the 16 GB RAM limit). For better or for worse, the Touch Bar got a lot of people talking, and discussing the pros, and cons of such an interface. However, another thing that the Touch Bar got people talking about, is an app that does pretty much the same thing as the Touch Bar. Like the aforementioned Touch Bar app, Quadro puts context sensitive buttons at your fingertips, on your iPhone, or iPad. The best part about Quadro, is that it works with both Mac, and PC. So, if you’re looking to try out a MacBook-like Touch Bar on Windows, here is how Quadro can help you with it:

Quadro, like I said before, is an iOS app that puts context sensitive buttons on your iPhone, or iPad. Quadro comes with a companion app for macOS, and for Windows, that you can download for free, from their website.

Once you have both the apps installed, they connect to each other, and allow your iPhone, or iPad to know what app is running on your Windows PC, and adapt the buttons according to the most common actions for that app. This definitely makes it a lot easier to perform common functions, without having to engage the mouse, or even a keyboard shortcut. Simply tap on a touchable button, and the action takes place immediately.

Functionality such as this is great; and Quadro has the added advantage of being able to work both on wired USB connections, and over a network. So, as long as your Windows PC, and your iPhone, or iPad are connected to the same network, Quadro can work its magic.

Installing and Setting Up Quadro

The process of installing, and the set up that follows, is very easy, and can be completed in less than 5 minutes. However, for your convenience, here is a complete walkthrough of setting up Quadro on your iPhone, and the Quadro Sync app on your Windows PC:

Note: I’m demonstrating this set up on an iPhone running iOS 10.2, and a Windows PC running a 32-bit version of Windows 10. 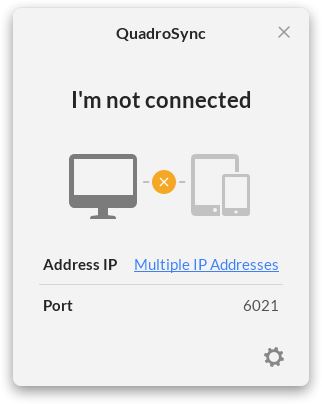 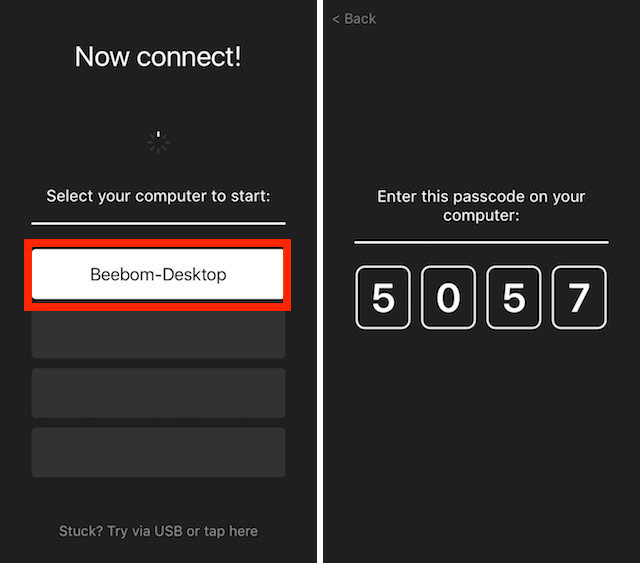 That’s it. Quadro is now set up, and running on your iPhone. You can use the buttons displayed in the app to perform the functions corresponding to them. The actions are performed immediately, and the app works well.

Now that you have Quadro all set up, the only thing left to do, is learn how to use the app. Since the layout, and the actions in the app can be edited and modified to suit your needs, there is no “one way” of doing things in the app. However, allow me to walk you through some of the basics of using Quadro.

When Quadro first launches on your iPhone, you may well be reminded of Windows Phone devices. The UI looks a lot like that. Anyway, there are two types of “Pads” in the app. The ones that look like perfect squares are called “actions“, and the ones which have the top right corner of the square missing are called “groups“.

The names are pretty self-explanatory, but here’s an explanation, anyway. 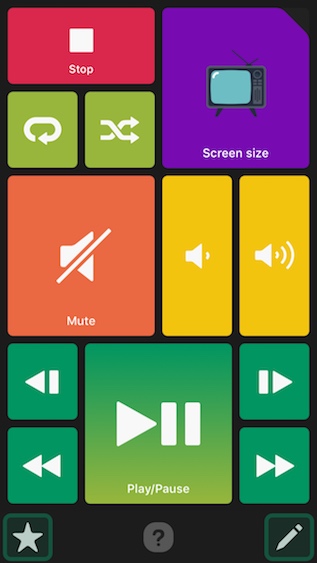 Quadro comes with a number of preloaded palettes that you can use to interact with your Windows PC in easy, and cognitively forgiving ways. There are preloaded palettes for apps such as VLC Media Player, Google Chrome, IE, and some more. You can access these palettes anytime you want, by swiping from the left edge of the screen. 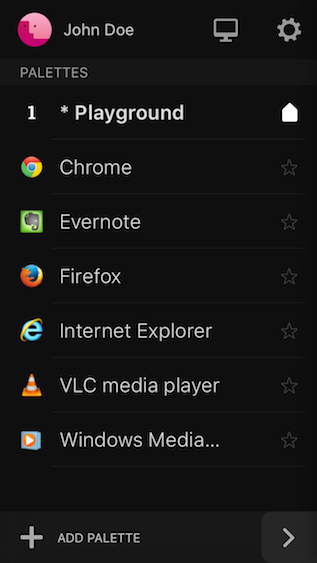 There is also a virtual keyboard inside Quadro, that you can use on your iPhone to interact with your Windows PC. You can use the virtual keyboard to type (obviously), and you can use the arrow keys placed on top of the keyboard to move the cursor around, or to scroll up and down in a web page, etc. The app also has dedicated buttons for going back, and forward, which come in extremely handy while using Google Chrome. 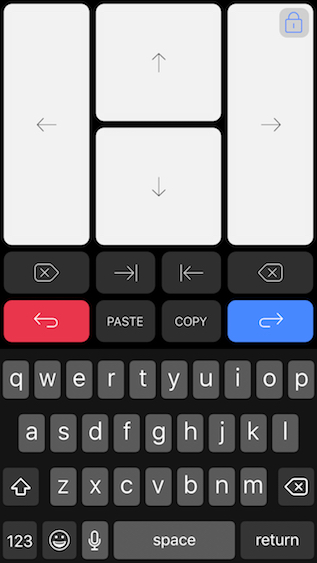 While the preloaded palettes will probably work just fine for you, the developers thoughtfully designed the app to offer users an easy way to edit the layout of the palette to suit their taste, and usage style. Editing the Quadro UI is very easy, and highly intuitive. There are some nuances to the way editing works (or doesn’t), but you’ll get the hang of it in no time.

For the purpose of illustration, I’ll be editing the palette for Google Chrome. Either launch Google Chrome on your PC, or just swipe right from the left edge of the screen to show the available palettes, and then tap on “Google Chrome”. Either one of these will display the Google Chrome palette on the screen of your iOS device. 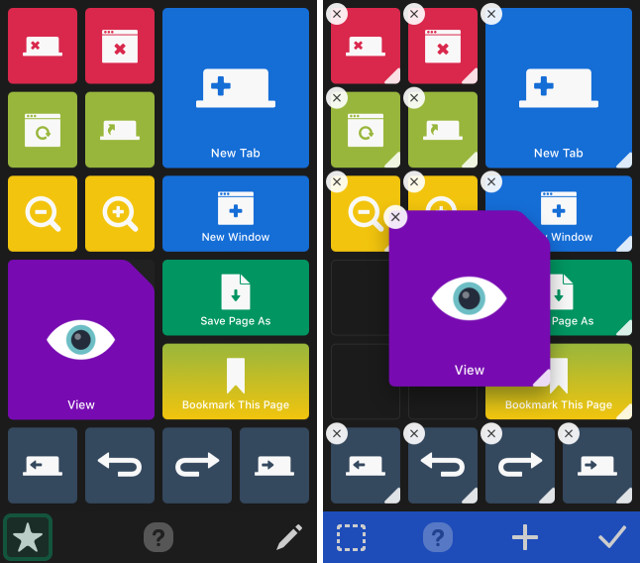 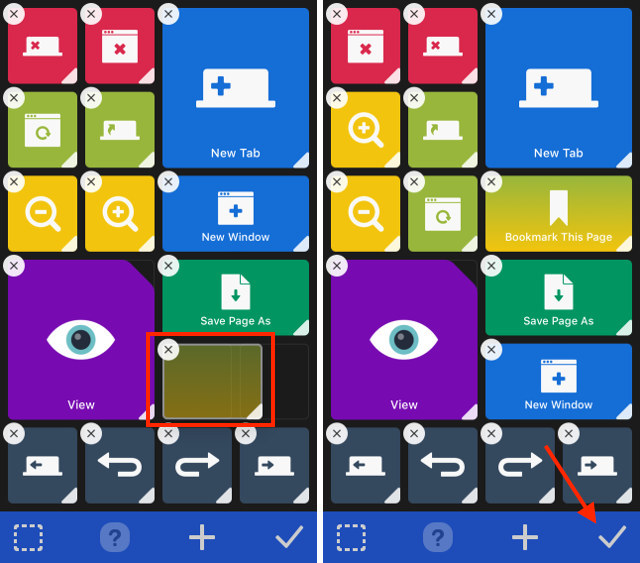 You can even create palettes in Quadro, so you can simply start using contextual buttons in every app that you commonly use. Creating Palettes in Quadro is easy, and if you need any help, just follow the steps below: 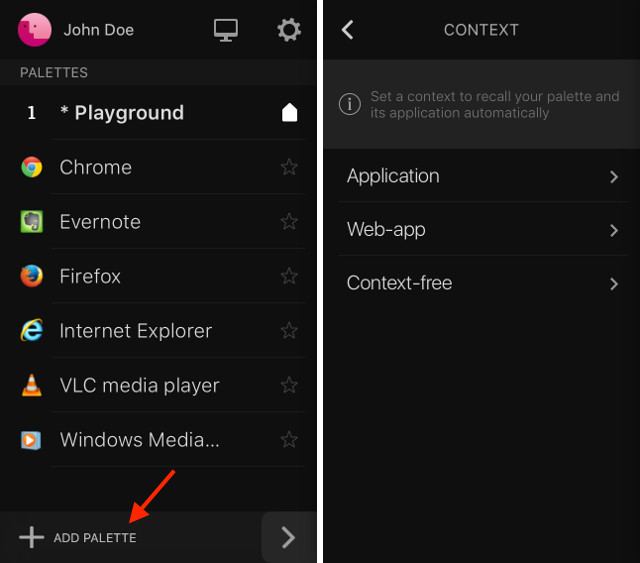 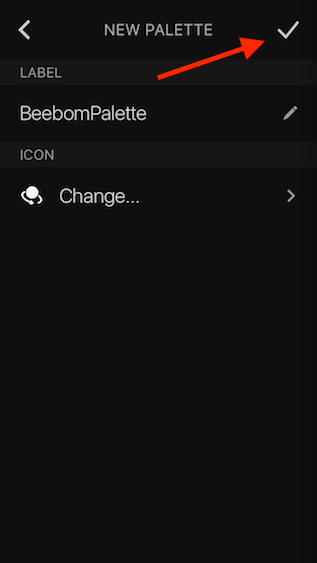 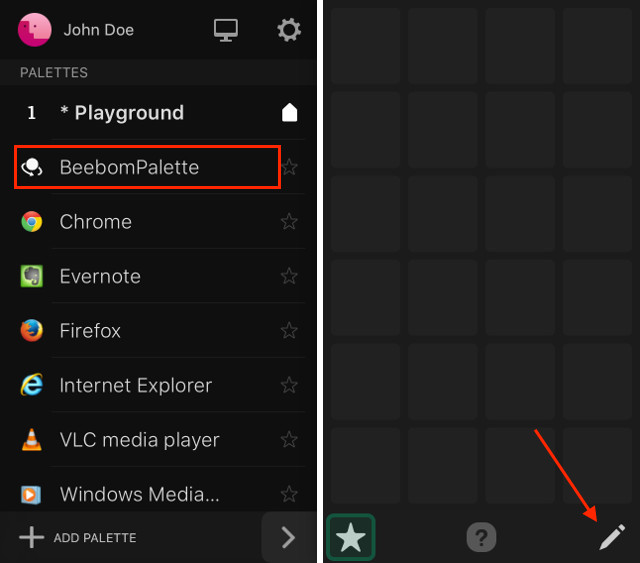 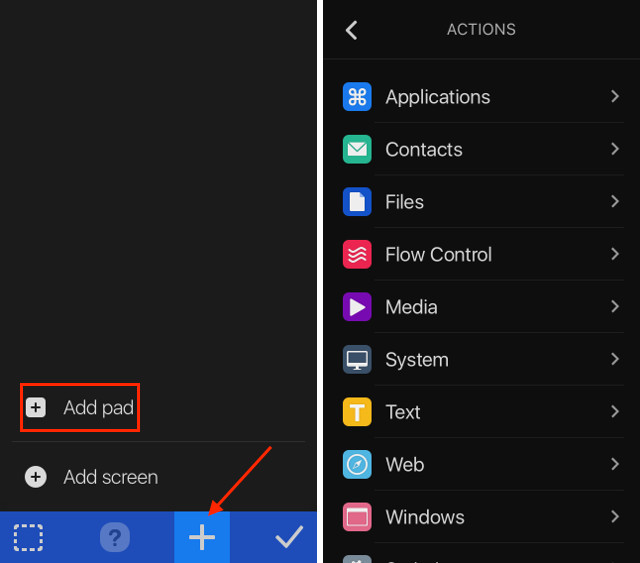 SEE ALSO: How to Get Touch Bar Functionality on Any Mac

Use Quadro to Get Touch Bar Functionality on Windows

Quadro is the closest one can come to Touch Bar functionality on a Windows PC. However, the advantage with Quadro is the sheer amount of configurability that it offers, and it’s compatibility with both Windows, and macOS computers. You can easily use Quadro to extend your PC’s functionality to a touch surface like an iPhone, or iPad.

As always, we would like to know your thoughts on the new MacBook Pros, utility of their Touch Bar, and your opinions on using Quadro. Feel free to get a discussion started in the comments section below.

How to Stream on Twitch Using a PC