One of my favourite features in Android O is the inclusion of Notification Dots. Whenever you receive a notification in Android, you will also see a dot on the app signifying the notification. Personally, I like this more than the notification badges present in iOS. Notification Dots never feel like they are in your face, rather they act as a subtle reminder. Sadly, if you don’t own a Pixel or Nexus device, you are still on the waiting list for the Android O update. You can wait, or you can follow our steps to get the Notification Dot feature on your Android smartphone right now:

Nova Launcher is one of the best third party launcher apps available on the Play Store. The developers of the launcher are always quick to include upcoming features of the newest version of Android and they have just brought an update that lets you use the notification dot feature on any Android device. However, to enable this feature, you will need to install the paid version of the app, Nova Launcher Prime ($4.99).

Now, you will get an update for Nova Launcher Beta. Just install it and you are good to go. If you don’t want to go through the whole beta tester process, you can just download the APK file of Nova Launcher.

After you have made Nova Launcher your default home launcher, go to “Nova Settings” and scroll down and tap on the “Notification Badges” option. All you have to do is to select the “Dots” option, and it will enable the Notification Dot feature on your phone. 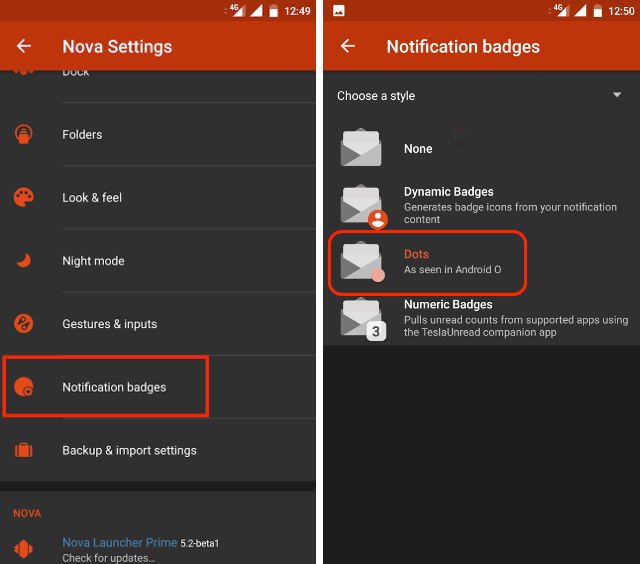 Nova Launcher even goes an extra mile to let you customize the position and the size of the dot. You can choose to show the notification dot in either of the four corners of the App. Now, whenever an app receives a notification, you will see that subtle dot on your app. 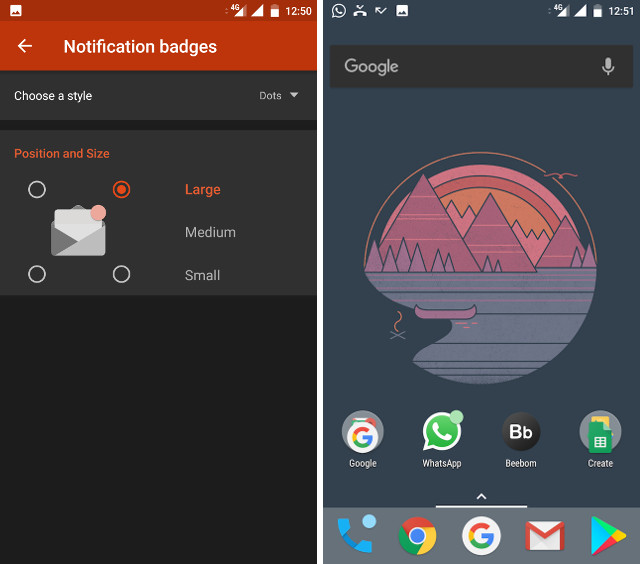 However, long press to reveal the notification feature is still not working. But, considering the track record of Nova Launcher’s developers, I can bet that we will see this feature sooner than later.

Enjoying The Notification Dot Feature on Your Phone?

Android O is bringing a lot of changes and we will continue to provide tips and tricks to enable its features in the smartphones with previous versions of Android. Let us know in the comments if you want to see similar articles. Also, tell us your favourite features of Android O. We will see if we can help you to enable them. Sound off in the comments section below.