The first developer preview of Android O was released some time back and we now finally have the public beta of Android O. Google I/O 2017 brought a number of announcements and as everyone expected, there were some Android related announcements as well. Android Go for low-end and entry-level smartphones was announced and yes, the first public beta of Android O with some cool new features like notification dots, smart text select, etc. has also arrived. Like the last Android N beta releases, the Android O public beta is available for Pixel and Nexus devices only. We are talking about the Pixel, Pixel XL, Pixel C, Nexus 6P, Nexus 5X and Nexus Player.  So, if you have got one of these devices and are willing out to try out the Android O beta, here are the steps to install Android O beta on your Nexus or Pixel device:

Note: I installed the Android O public beta on the LG Nexus 5X but the process should be identical on other supported devices. Also, while Android O beta worked fine in my short duration with it, don’t be surprised if there are a number of bugs and problem. In fact, there are a number of known issues in Google’s official release notes. The point is, I would not recommend you to install the Android O preview on your daily driver.

Getting the Android O beta on your Nexus or Pixel device is the easiest and the method I’d recommend. That’s because, once you are enrolled in the Android Beta Program, you will receive future Android O builds as OTA updates. Also, you don’t lose any data. However, if you opt out of the beta program, your device will be wiped out.

Alright then, here are the steps to install Android O beta through the Android Beta Program:

1. First, you will have to head to Android Beta Program’s official webpage to enroll your device in the beta program. Here, just make sure that you login with the same Google account that you use on your Nexus or Pixel smartphone. Once logged in, you should see your device as compatible with the program. Just click on the “Enroll device” button.

2. Then, the terms to the beta program will pop up. Just click on “Join Beta” and in a few seconds, you will get the message that “Your device is part of the Android Beta Program”. 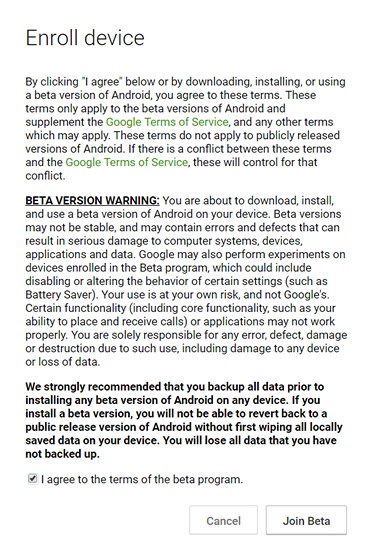 3. Your device should then get a notification of the Android O beta update. Tap on the “Download” button to start the download process. Once the update is download, just tap “Restart now to install”. 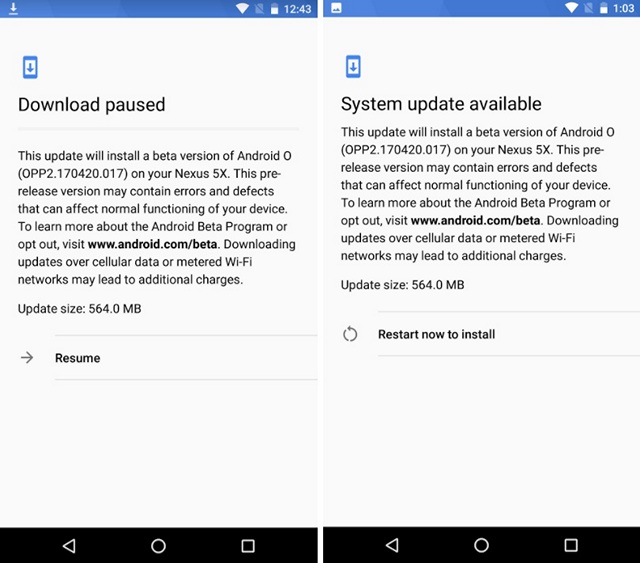 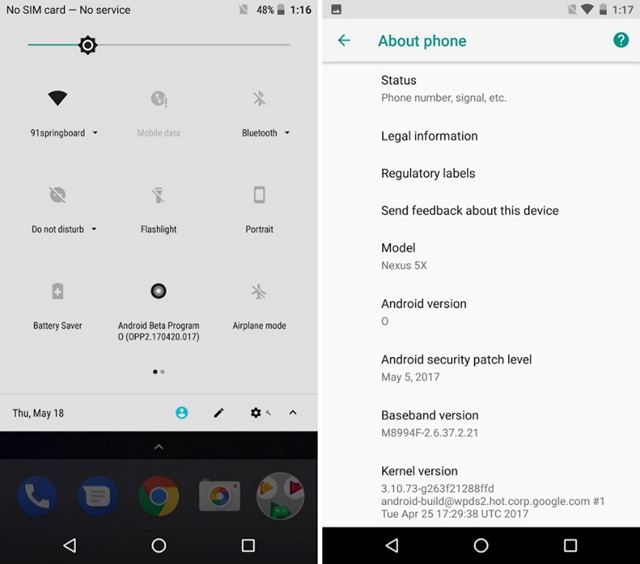 Another method to install the Android O beta is by flashing the Android O system image manually. You can download factory images here and we have already detailed the steps in our article on how you can install the Android O Developer Preview. However, do keep in mind that this process wipe all your data and also, there’s no support for future OTA updates. Having said that, if you are a developer and you want to do a fresh install of Android O on your Nexus or Pixel, this is the way to go.

SEE ALSO: Android O vs Android Nougat: What Has Changed?

Ready to Try Android O on Your Nexus or Pixel Device?

Well, those are the two methods you can use to install the Android O beta on your Android device. The public beta of Android O does bring some cool features but it’s also filled with bugs and inconsistencies, so proceed with caution. So, try out Android O on your Nexus or Pixel device and do let me know your thoughts on the latest iteration of Android in the comments section below.