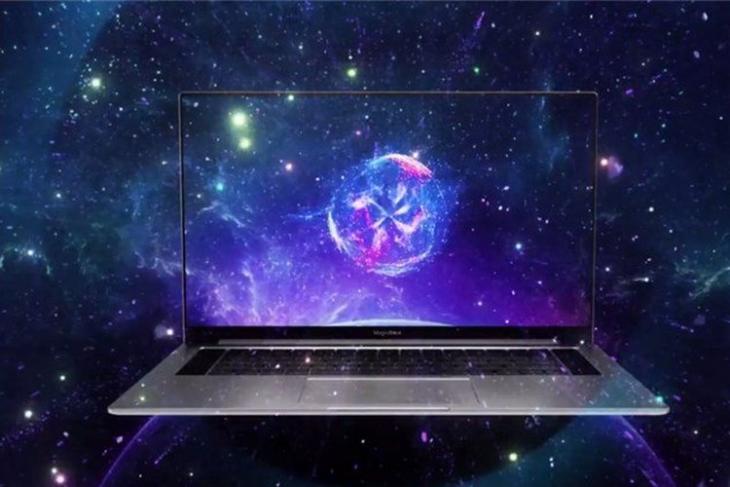 Huawei has announced that its Honor MagicBook Pro laptop will be unveiled July 23 in China alongside the Honor 9X-series smartphones. The company was already expected to launch the Honor Band 5 fitness tracker alongside the new smartphones at that event, so the latest announcement means that the company is looking at a massive day, with multiple device launches across a number of categories.

The key tech specs about the MagicBook Pro remain under the wraps, but a short teaser video released by the company suggests that it will be a lightweight device with a bezel-less full-screen design, top-end performance and a super-thin ultrabook form-factor.

While the company is yet to reveal anything further, earlier reports from tipster and tech journalist, Evan Blass, claimed that the device will come with a 16-inch display panel, an Intel i5-8265U processor, NVIDIA MX250 GPU, 8GB of RAM and 512GB of SSD storage. Other rumored features include dual speakers flanking the keyboard, as well as a web camera hidden within the functions key, as seen in previous-generation models. As for biometrics, there will be a fingerprint scanner integrated into the power key on the device for added security.

The ultrabook market is becoming more competitive with every passing year, thanks to the entry of new players, such as Xiaomi, Honor and more. While Xiaomi entered the market with its Mi Notebook lineup earlier this decade, the company recently launched an affordable new laptop lineup under the ‘RedmiBook’ brand that aims to offer premium devices with relatively affordable price-tags.