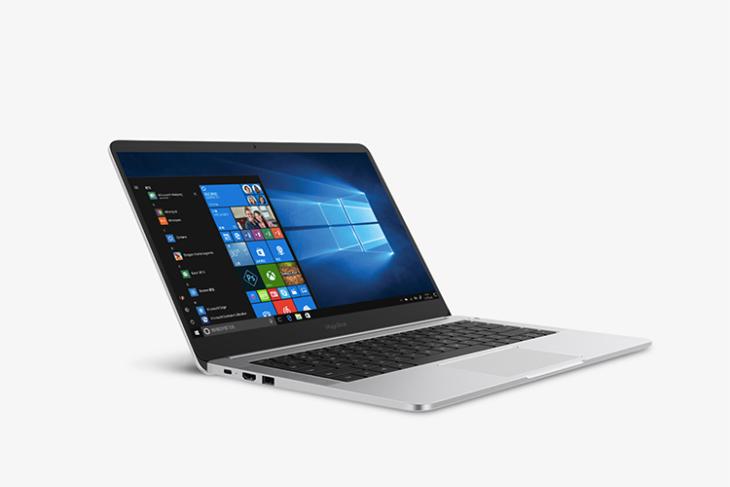 The main attraction of today’s Honor event was expected to be the Honor 10 but the Huawei sub-brand surprised the gathered audience by introducing a sleek and lightweight ultrabook. Named the Honor MagicBook, the portable laptop competes directly with the Xiaomi Mi Notebook Air and other Windows ultrabooks, as well as the Apple MacBook Air.

The Honor MagicBook is the first laptop branded under Honor – though Huawei has released a few of its own –  and weighs only 1.47 kg. It features a 14-inch Full HD display which occupies 80 percent of the screen’s area. The ultrabook has been sculpted out of metal and is available in Star Grey, Glacier Silver, and Nebula Purple colors.

Honor claims that despite the thin body, the MagicBook features a large fan to dissipate heat effectively using a so-called “canyon effect”. At the launch event, it said that the MagicBook has been made with the philosophy of a smartphone. 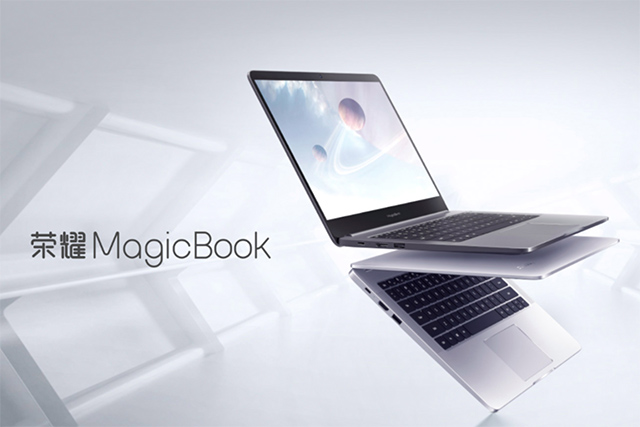 The ultrabook is equipped with 8th-generation Intel Core processors and buyers can choose between the Core i5 and Core i7 variants. Despite its thin profile, the laptop comes with an NVIDIA GeForce MX150 graphics card with a memory of 2GB. The i5 model features 4GB of RAM paired with 256GB of SSD storage while the i7 variant will feature 8GB of RAM along with the same 256GB SSD.

For the ease of use, the screen on Honor MagicBook can be tilted open up to an angle of 180°. The ultrabook comes with a full-sized backlit keyboard that has a key travel of 1.3mm. It features four speakers which have high bass output and support Dolby Atmos Sound system. A 57Wh battery powers the ultrabook and Honor promises a backup of 12 hours while continuous web browsing or video playback.

The MagicBook runs on Windows 10 and the power button also features a fingerprint scanner which should be compatible with Windows Hello for a swift login. The Honor ultrabook also comes with a special feature called “Magic-Link” which can unlock the MagicBook with the help of a smartphone – although the company did not specify it the feature was compatible with all brands or just limited to Honor and Huawei smartphones.