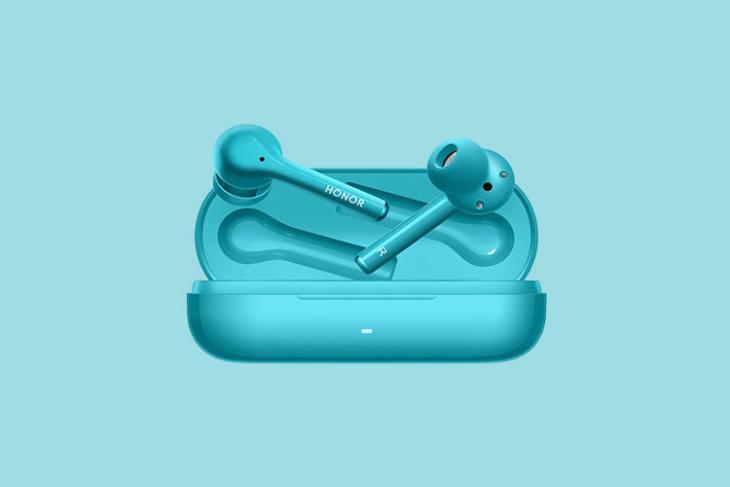 The company uses three microphones on each earbud to achieve its Hybrid ANC. Honor calls it Micro-Electro-Mechanical System (MEMS) and it helps block the ambient noise up to 24 dB and boosts the call quality.

As far as connectivity is concerned, the Honor Magic Earbuds come with Bluetooth 5.0. You also get instant pair functionality to quickly pair the earbuds with Honor smartphones.

In terms of design, the Honor Magic Earbuds resembles the Apple AirPods in the stem region but uses silicon ear tips instead of the one-size-fits-all design to offer a comfortable fit.

Honor has equipped charging light indicators on the outer side of the charging case and inside the case, similar to what we get with most of the modern truly wireless earbuds.

The Honor Magic Earbuds will be available in Pearl White and Robin Egg Blue color variants. It is priced at 129 Euros and the pricing roughly translates to $140 or ₹10,000. The earbuds will be globally available starting this April.