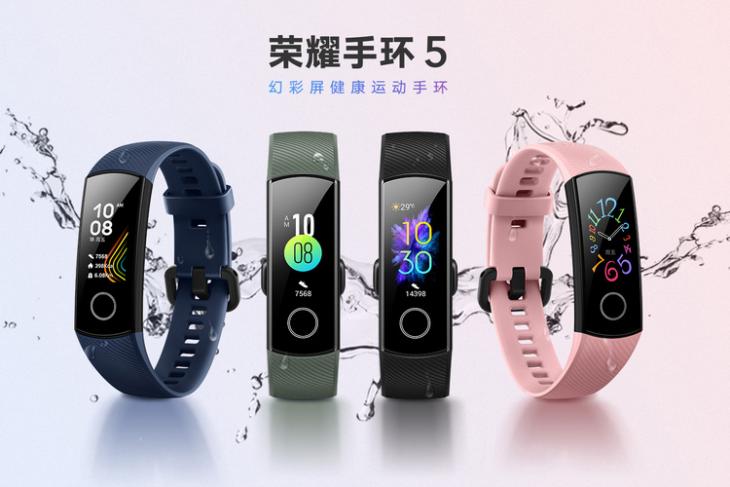 At its press event earlier today, Huawei launched its Honor Band 5 fitness tracker alongside the Honor 9X lineup and the MateBook Pro laptop. A successor to the Honor Band 4 that was launched last year in China and earlier this year in India, the device is expected to give tough competition to the Mi Band 4 that was launched last month in China and reportedly shipped one million units globally within just 8 days. 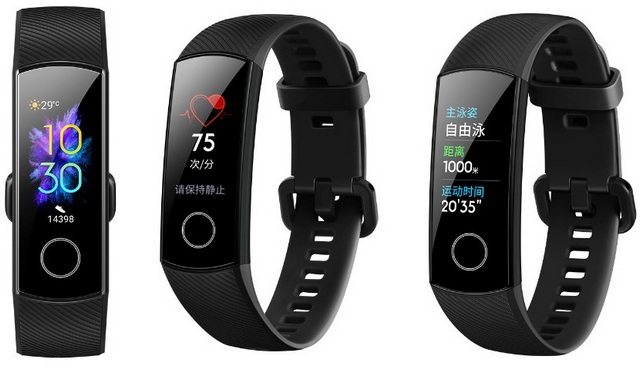 As was amply evident from the official teasers, the design of the new device is more of an evolution over its predecessor, with the color AMOLED display and the circular button below it. The device features a 0.95-inch AMOLED screen (240 x 120 pixel resolution) with 2.5D curved glass. The top-end Chinese model also comes with an NFC chip, but it isn’t immediately clear as to whether it will make it to global markets.

As was earlier confirmed by Honor CEO, George Zhao, the fitness tracker comes with a blood oxygen monitor. It can also detect hypoxemia dizziness, which is a condition that stems from the body not getting the amount of oxygen it needs for normal functioning. One of the other highlights of the new device is its 24-hour heart rate monitoring with an AI algorithm that the company claims has an accuracy of 97.8 percent. It can also track sleep patterns with Huawei TruSleep 2.0.

The Honor Band 5 supports Bluetooth 4.2 and is waterproof up to a depth of 50 meters. It is also compatible with Android 4.4 KitKat and above, as well as iOS 9 and later. The device also carries a 100mAh battery that the company claims is good enough to last up to 14 days with the real-time heart-rate monitoring turned off. With the feature turned on, the battery will still last up to 6 days, the company said.

The Honor Band 5 has been priced starting at 189 yuan (around Rs. 1,900), while the NFC version comes with a 219 yuan (around Rs. 2,200) price-tag. They’ll go on sale in China starting July 29. There’s no immediate word on when the device will be launched internationally, including in India, but we’ll definitely get to know more in the days ahead.