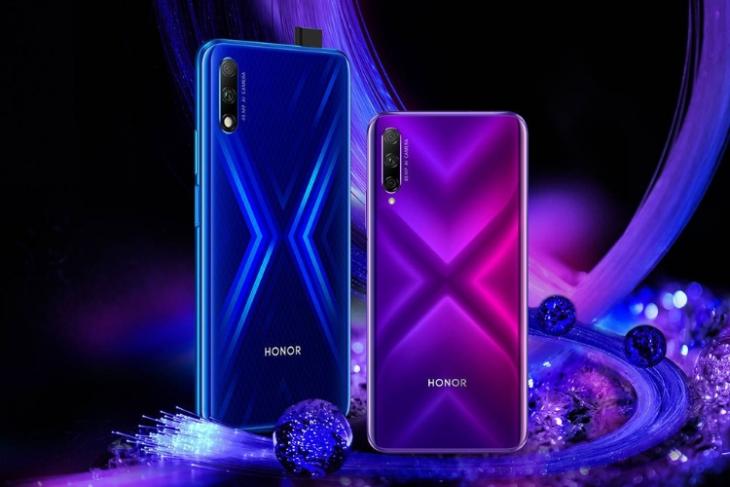 After the launch of its flagship Honor 20 series, the Chinese giant has now launched its Honor 9X and 9X Pro smartphones to tackle the budget and mid-range segment. It will take on the growing presence of Redmi and Realme phones in the market, with quite a similar strategy. Honor 9X series brings a fullscreen display, a pop-up camera, and a powerful Kirin chipset in tow.

You must have already noticed in all the teasers, Honor has used a 21-layer process to achieve the astounding X-shaped pattern on the rear panel of the Honor 9X series. It’s calling it the X-shaped rhythmic diamond texture and thought it’s too blingy, but everyone should appreciate the efforts Honor has put to highlight its X branding. 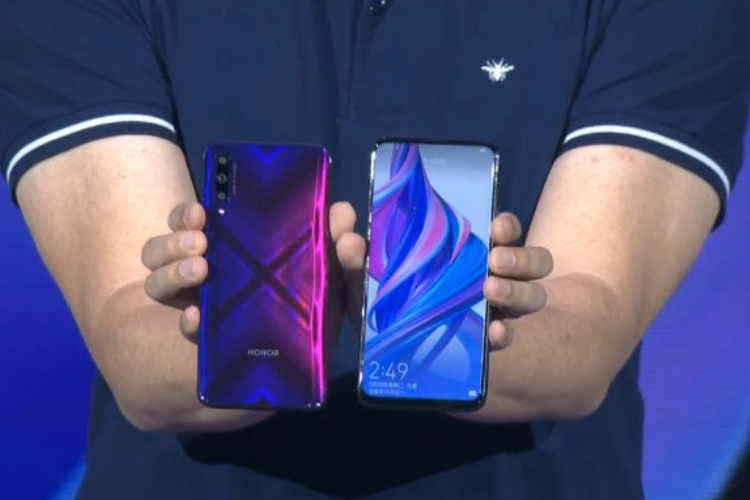 Moving to the front, both the Honor 9X and 9X Pro sport an almost bezel-less 6.59-inch Full-HD+ IPS LCD display, with a 19.5:9 aspect ratio and 2340x1080pixels resolution. This results in an impressive 92% screen-to-body ratio. They both don’t include a cutout (notch and punch-hole) but instead offer an immersive fullscreen experience in line with the Redmi K20 and Realme X.

This means both of these smartphone sport a pop-up module onboard, which houses a 16MP (f/2.2) camera. It’s pretty speedy in opening/closing and will also retract when it detects a fall, a feature we’ve seen on almost all pop-up camera phones recently.

Coming to the rear cameras, Honor 9X features a dual-camera module with a 48MP (f/1.8) primary sensor and a secondary 2MP depth sensor. Honor 9X Pro, on the other hand, adds a third 8MP ultra wide-angle sensor into the mix to offer you a newer perspective. So, the Honor 9X Pro houses a 48MP+8MP+2MP camera setup. They have both got the company’s AIS 2.0 feature onboard for stable super night mode shots. 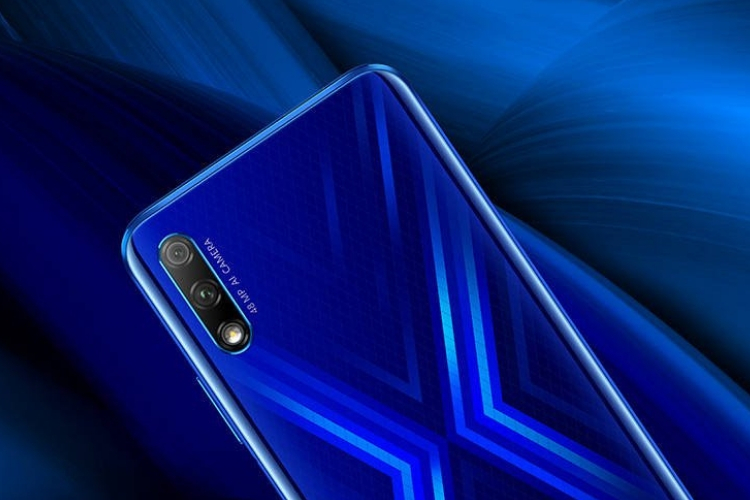 In line with the rumors, the Honor 9X series is powered by the newly launched Kirin 810 chipset which is said to be more powerful than the Snapdragon 730, which can be found in the Redmi K20. This is paired with up to 8GB RAM and 256GB onboard storage. Honor 9X series runs Android 9 Pie-based EMUI 9 out-of-the-box.

The new Honor 9X series features a massive 4,000mAh battery, which sounds decent enough to last you a whole day. They support fast-charging through the USB Type-C port at the bottom, which is also where the 3.5mm headphone jack resides. Honor is still not opting for an in-display fingerprint sensor and has baked the same into the power button – which is similar to what it did on the Honor 20 series.

You can obviously see that Honor 9X and 9X Pro are basically the same smartphones on paper, except for an extra rear camera on the Pro variant. The Honor 9X Pro also brings along liquid cooling to offer enhanced gaming capabilities to users in the cluttered mid-range segment.

There is currently no word on when the Honor 9X and 9X Pro will land in India, but stay tuned for more information.