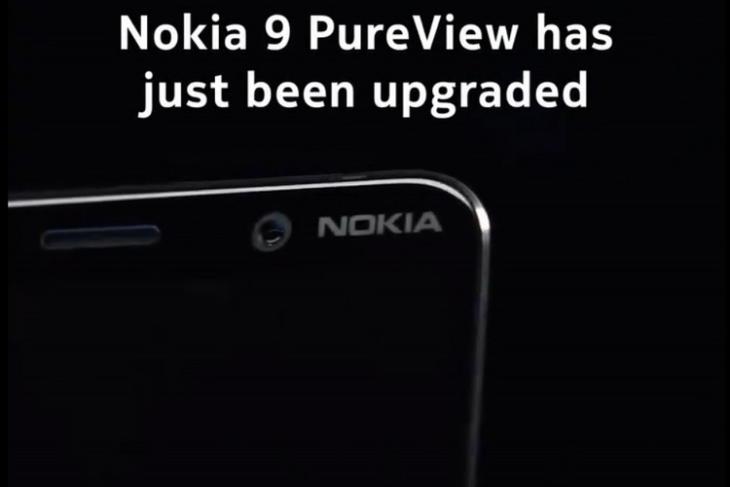 At the Nokia 2.3 launch event in India on Thursday, HMD Global announced the Android 10 update time-frame for a bunch of Nokia smartphones, starting with the Nokia 9 PureView, which has already started receiving the new software. The incoming update brings the November Android Security patch alongside all the expected Android 10 goodies, including a native dark mode, new gesture navigation, smart reply, improved privacy and location controls. It is the second Nokia device to get Android 10 after Nokia 8.1, which received the update back in October.

HMD has also announced that the Nokia 7.1 will get the update next week, followed by the Nokia 7 Plus, Nokia 6.1 Plus and Nokia 6.1 in January. The Nokia 7.2 and 6.2 will get the update later in the quarter alongside eligible Nokia 3-series and 2-series phones. Additionally, the official Nokia Mobile Twitter account has confirmed that the rollout process will be completed by Q2, 2020.

#Nokia9PureView owners, listen up! 🎉
The latest Android 10 update has made its way to your phones. Tap into an upgraded experience and access the latest features today. Make sure that your phone has Security Patch installed to upgrade your phone to Android 10 🙌 pic.twitter.com/FBWookt6y6

Announcing the Android 10 rollout timeline for eligible Nokia smartphones, Pranav Shroff, the General Manager of Global Portfolio & Product Planning at HMD Global, said: “We are industry leaders in bringing timely updates to you and we are the only brand to do this across the portfolio, not just the very high-end, because we have this inherent belief that technology should empower everyone, not (just) the select few”.

If you own any of the aforementioned Nokia phones, you now know when to expect the Android 10 update on your device. While some of you may have to wait longer than others to get the new software on your handset, the proposed timeline is still better than what bigger manufacturers, like Samsung, had announced earlier, infuriating its customers around the world.