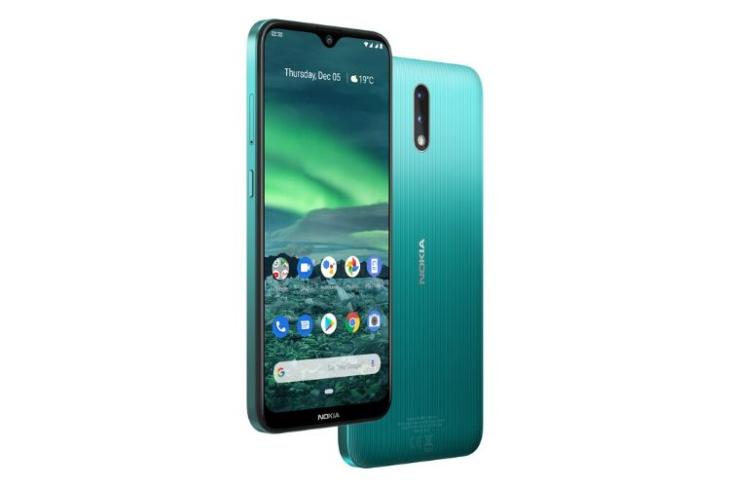 Just a couple weeks after its official unveiling, Nokia 2.3 has launched in India today with an unreasonable price tag of Rs 8,199. It’s for the 2GB+32GB configuration, which is the only one and will go on sale starting 27 December next week. You can buy the Nokia 2.3 from the company’s online store and popular offline retail stores.

Right off the bat, without testing the device and just based on the specs alone, I would suggest you to stay away from Nokia 2.3 in India. You could spend your money well by picking up the Realme 5 for Rs 8,999 or Redmi 8 for Rs 7,999. If you want to go ahead with the Nokia 2.3, then do know that the company is offering a one-year replacement guarantee on the device, along with a 6-month warranty on the accessories.

Most phone makers have a crystal clear approach on how to price and market their new devices in India today. Even Samsung has bounced back with its Galaxy A-series and M-series, and Vivo is doing an amazing job with the U and Z-series. However, HMD Global can’t seem to stop shooting itself in the foot with continuous under-powered and highly-priced phone launches. It needs to conduct a survey to understand the value for money factor in the current market.

HMD Global has today expanded its entry-level phone lineup with the unveiling of the new Nokia 2.3 at its much-anticipated launch event in Egypt. It’s a successor to the Nokia 2.2 from earlier this year and builds upon it with a Finnish-inspired design, dual-cameras, and bigger battery onboard.

Starting off with the design, Nokia 2.3 sports a die-cast aluminum chassis and a polymer body with a 3D nanotexture for a rigid yet comfortable grip. The company uses a color blend process to offer you some beautiful shades. There’s no fingerprint scanner onboard but Nokia has added a dedicated Google Assistant button here.

The Nokia 2.3 features a 6.2-inch HD+ LCD display, with a 19:9 aspect ratio and a tiny waterdrop notch up-top. There’s a 5MP selfie camera housed in the notch and it could be used for Face Unlock as well.

This smartphone is powered by the MediaTek Helio A22 chipset, coupled with 2GB of RAM and 32GB of storage (expandable up to 512GB). The smartphone runs Android 9 Pie out-of-the-box, which is super disappointing – especially from a brand that touts itself to a part of Google’s Android One Project. I would have expected to see Android 10 onboard in December from HMD Global. 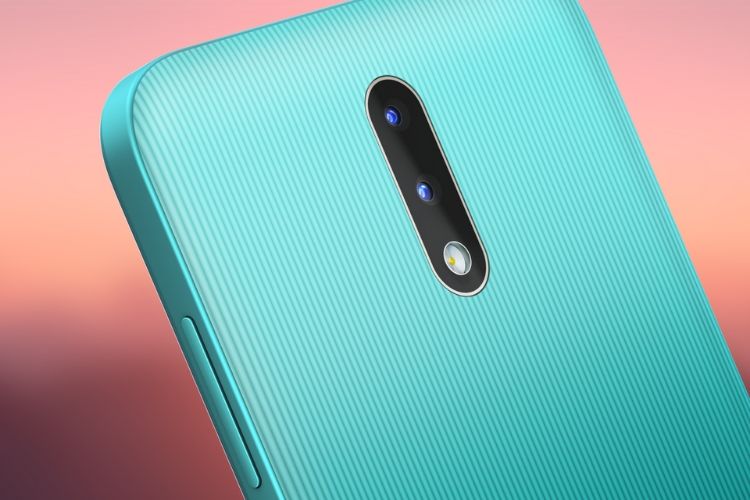 In the camera department, Nokia 2.3 upgrades on its predecessor with the addition of a dual-camera setup on the rear. It includes a 13MP (f/2.2) primary lens, along with a 2MP depth sensor that will help in outputting better portrait shots. There are 6 different bokeh styles to choose from while clicking portrait photos, said Nokia’s representative on stage.

The smartphone comes equipped with a 4,000mAh battery and a 5W charging adapter, which is okay for the price. The device supports all essential connectivity options such as Bluetooth 5.0, Wi-Fi 802.11 b/g/n, GPS, GLONASS, and more.

Nokia 2.3 has been launched at an average price of 109 euros (Rs. 8,600) for the global markets. It will be start shipping from mid-December and will come in three color variants, namely Cyan Green, Sand, and Charcoal.

There’s currently no word for when the smartphone will launch in India, but I’m already skeptical of Nokia 2.3 doing well among Indian buyers. You already have better-looking, better-specced phones in the sub-Rs 8,000 price point in India and HMD Global is yet to figure out the value-for-money quotient that works for them in the country.