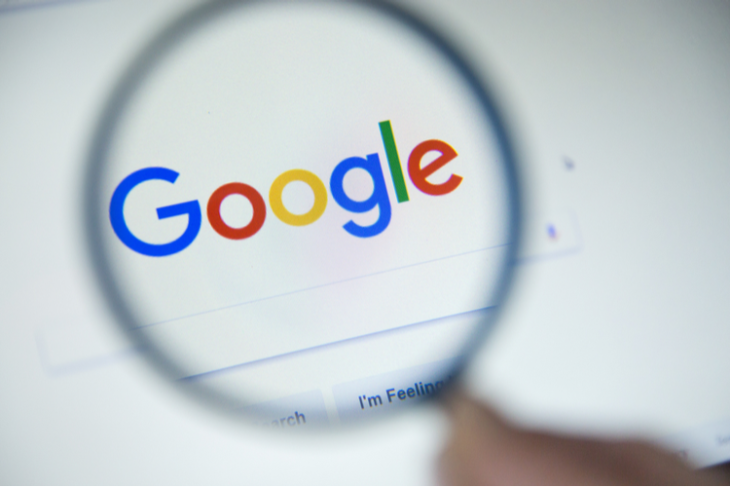 As we all know by now that the internet has become a huge pool of data of millions, nay, billions of users around the world. Amongst other tech giants like Facebook or Instagram, Google is one of the biggest data collectors of all time. Now, the Mountain View-based tech giant has released a new report showing the number of requests for user data from various government agencies.

Now, as the internet contains all kinds of information of users from almost every part of the world, these data are sometimes used by various government agencies. We have seen some mishaps happening with data mining, like in the Facebook-Cambridge Analytica case or the Clearview AI fiasco. So, to maintain transparency, Google released this report to show how many requests they get from the governments and how they handle the disclosure of the data.

Now, keep in mind, the below information is from one of the three parts of Google’s “Transparency Report“. The “global requests for user information” report shows the number of requests from many countries. However, if you’re looking for how many requests for user information enterprises have made to the company, there is the second section. And if you want to know about the number of requests related to the US National Security, there is the third one.

Now, coming to the “global requests for user information” report, Google categorized it into three sections — Requests by reporting period, percentage of requests where some information is disclosed, and diplomatic legal requests.

Now, going back to the previous sections of the report, the “request by reporting period” section and the “percentage of requests where some information is disclosed” section, both contain interactive charts that show the information in an easy-to-read graphical format.

In the chart of the first section, you can filter the graph by choosing a specific country or show data of all the countries combined and the time period on which the requests are made. 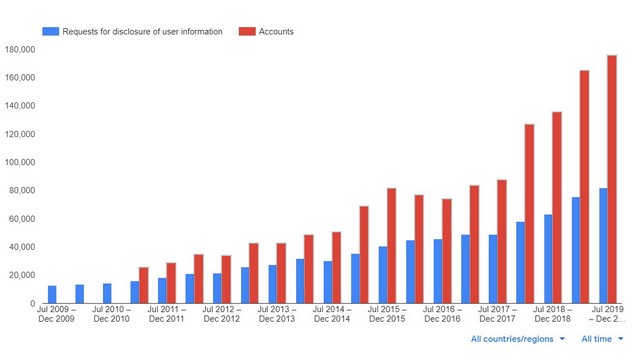 In the second chart, however, you only have the “country” filter and no “time period” filter as it shows the percentage of requests of the countries. 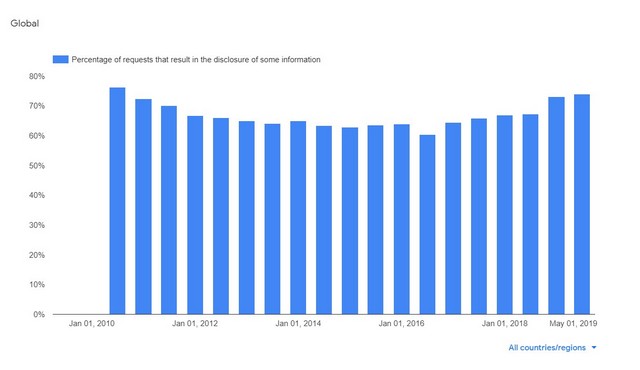 Now, according to Google, when they receive requests like these from the governments, they “carefully review each request to make sure it satisfies applicable laws. If a request asks for too much information, [they] try to narrow it, and in some cases, [they] object to producing any information at all.”