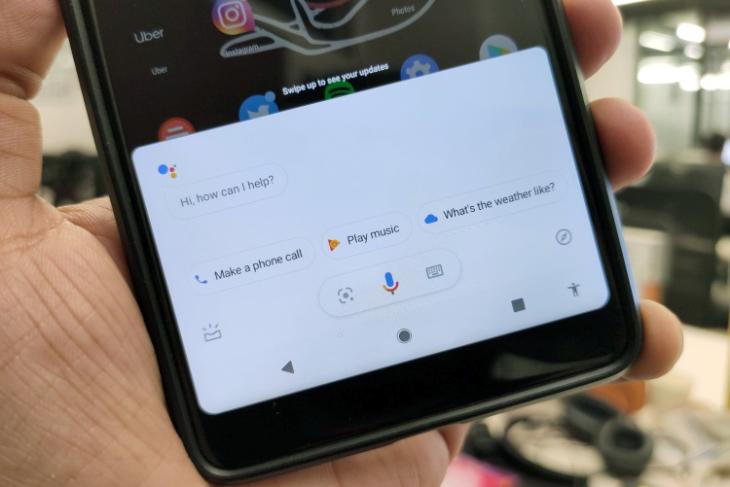 The Google app on Android already allows you to analyze what’s on your screen. Yes, if you’re not aware, you should know that you can use the “What’s on my screen” feature from the Google Assistant pop-up screen to see related content for whatever is open on your screen.

Well, an APK teardown from 9to5Google has revealed that Google is now looking to make the feature more useful by pairing it with the screenshot notification, which already has a share and edit option. A feature called ‘Smart Screenshots’ has been found in the Google app code and it’s linked to a new toolbar design that should show up when you capture a screenshot.

As you can see in the screenshot below, the new toolbar not only has a share (should be easily recognizable) and edit (the pencil icon) button but now includes a new Google Lens button as well.

On selecting the Lens option from the revamped screenshots menu, you will be able to perform a search for any of the contents in the picture, do optical character recognition (OCR), or find visually similar objects. The APK teardown doesn’t shed light on any new editing tools, so they should most likely remain the same.

The report mentions that the exact functionality of the ‘Smart Screenshots’ feature isn’t clear. The Google Lens could either just analyze screenshots within the Google app or be available for any and all screenshots, which would be much handier.

Apart from Smart Screenshot, the APK teardown also revealed that Google Podcasts is getting a new bookmarks feature. You will start seeing a new ‘bookmark’ icon in the player window, along with the ability to share these bookmarks with a timestamp. You should also see a tutorial for Assistant gestures in Android 10 and other improvements.