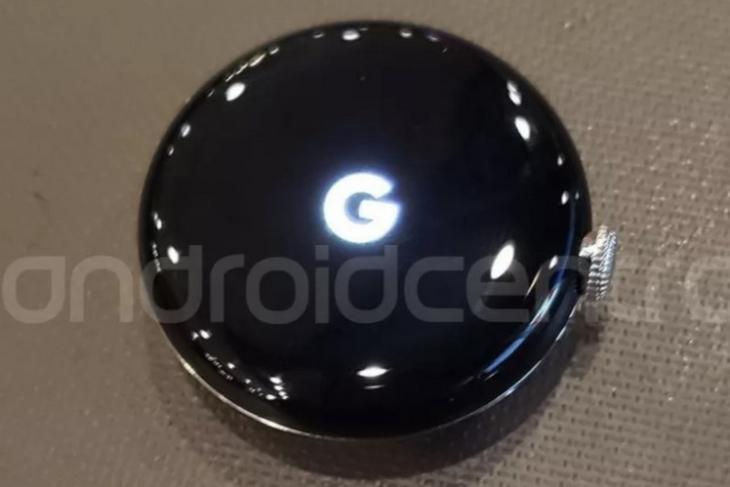 The highly-anticipated Google Pixel Watch has been making headlines for some time, and now some real-world images of the upcoming smartwatch from Google have surfaced online. The device was allegedly found at a restaurant in the US, and an anonymous source sent these images to Android Central recently. Check out the details right now.

According to the report, an anonymous restaurant employee discovered, what looks like, an engineering/ testing unit of the Pixel Watch, which is rumored to launch at the Google I/O 2022 event, scheduled for 11th May. The employee took some images of the device and sent them to the publication, showcasing the smartwatch in all its glory. In fact, the real-life images match the images of the Pixel Watch that were leaked late last year. You can check out a couple of them attached in the slide below.

So, as we can see in the real-life images, they showcase a premium-looking smartwatch with a rounded-off design along with a digital crown, and a control button on the side. At the back, we can see the sensors that will be presumably responsible for heart rate tracking, SpO2 monitoring, and other health-focused features.

The report also included images of a proprietary watch band that looks like the Apple Watch’s sports bands. You can check it out in the image attached below.

Now, it is worth mentioning that the smartwatch found at the restaurant did not have any Google branding anywhere on its body. But, when the source turned it on, the Google logo popped up on the screen (header image). Now although, the device did not go past the initial boot-up screen, indicating that there is no OS installed on the smartwatch.

To recall, the Google Pixel Watch is rumored to come with a new Google Assistant experience with more features. Furthermore, the device is expected to pack a Samsung Exynos chip inside instead of a Qualcomm SoC. Plus, the Pixel Watch showed up in a US carrier’s inventory system last month with its internal codename of “Rohan” early last month.

Hence, we can expect the Mountain View giant to release its first smartwatch in the form of the Pixel Watch along with the rumored Pixel 6a next month. And the above images might just be our first look at Google’s upcoming watch. What do you think about it? Let us know in the comments below.