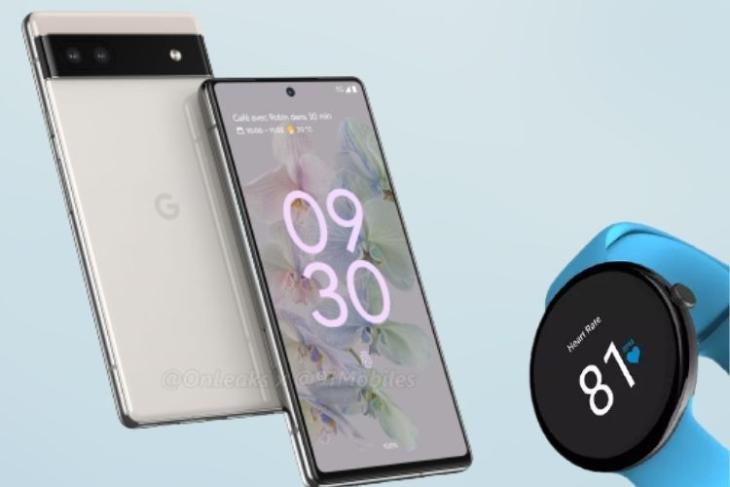 The Google Pixel 6a and the Pixel Watch are rumored to launch this year. We’ve seen leaks for both the Google smartwatch and the Pixel 6a in the past. Now, it seems like Google is finally ready to release the products, and it can happen soon. Let’s take a look at the details.

Google Pixel 6a, Pixel Watch Surface in the US

According to a recent report by Android Police, both the Pixel 6a and the Pixel Watch have surfaced in the back-end inventory system of a US-based carrier with the codenames “Bluejay” and “Rohan,” respectively. The listing also revealed the color options and other details of the products ahead of their official launch.

Starting with the Pixel 6a, there’s mention of three colors – black, white, and green in the carrier’s database. The report also mentions that the device will be available with 128GB of internal storage, though information about the RAM or other specs has not yet been revealed.

Coming to the Pixel Watch, which is going to be the first smartwatch from Google, will be available in three colors, as per the report. These include gray, black, and gold. The smartwatch is said to pack 32GB of storage, which is more than Samsung’s Galaxy Watch 4 and is the same as the latest Apple Watch 7. Furthermore, the report suggests that Google will release a Pixel Watch with cellular connectivity.

While not much is known about these two devices, there are a few leaks to look at. The Pixel Watch is expected to have a sleek circular dial, come with various health-related features, and have Fitbit-Wear OS integration. Google’s smartwatch could be priced higher than Fitbit watches and will compete with Apple and Samsung in the premium smartwatch segment.

As for the Pixel 6a, it could look similar to the Pixel 6, have a mid-range Tensor chip or the Snapdragon 778G chipset, feature a 50MP-laden camera setup, and more.

Moreover, the report states that although both the devices have shown up on the carrier’s database at the same time, it does not mean that the launch timeline would match. While the Pixel 6a is slated to launch sometime in May 2022 at Google’s I/O 2022 event, the Pixel Watch is rumored to launch at the end of May, possibly on May 26. Though no information about their exact release date has surfaced as of now.

Nonetheless, we will keep you posted about further updates on the Pixel 6a and Pixel Watch. So, be sure to stay tuned.