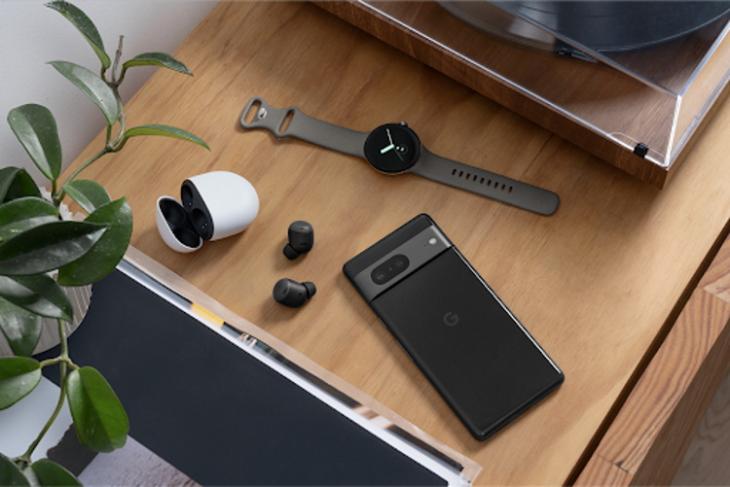 Google showed off its next-gen Pixel phones and its first-ever smartwatch on stage at the I/O 2022 developer conference. The first look was accompanied by a Fall launch timeline at the time, but the company has now officially shared the launch date of the Pixel 7 series. Google is going to unveil the Pixel 7 and Pixel 7 Pro on October 6. Let’s look at all the details:

Google announced the launch date for its Fall hardware event via an official tweet from the @madebygoogle Twitter account a few minutes ago. The offline event will be held in the Williamsburg neighborhood of NYC, with limited in-person attendance, at 10:00 AM ET (7:00 AM PST or 7:30 PM IST). However, you will be able to tune into the live show using this YouTube video link.

We have embedded the tweet right here, which includes a video teaser for the upcoming Google devices. We get a look at the Pixel 7 in the Lemongrass colorway, along with the Pixel Watch and its circular design. The video also includes a few shots of the Pixel Buds Pro, which has already launched worldwide (and in India).

The Twitter post is accompanied by an official blog post, which reveals all the devices Google will unveil at the hardware event. “The lineup will include the Pixel 7, Pixel 7 Pro, and the Google Pixel Watch. We’ll also announce additions to the Nest smart home portfolio,” reads the blog post. We might also get another good look at the Pixel Tablet, which is coming next year, at the event.

Now, what do we know about the upcoming devices already? The Pixel 7 and 7 Pro will carry forward the new design that debuted with the Pixel 6 series. Both the devices will be powered by the in-house second-gen Google Tensor chipset, which should bring better performance and AI smarts in tow.

The Pixel 7 will include a smaller 6.3-inch AMOLED display while the 7 Pro will opt for a larger 6.7-inch LTPO AMOLED panel with a 2K resolution. As for the cameras, not much will change on the hardware front, as per rumors, but you can expect to see new software smarts here. Also, these devices will be the first to run Android 13 out of the box.

Talking about the Pixel Watch, it will be Google’s first-ever smartwatch and will rival the likes of Galaxy Watch 5. It will feature a circular dial and run WearOS 3 with an improved UI, Play Store support, and more. The watch will also bring Fitbit integration and several other exclusive features in tow. We will have to wait and watch (no pun intended). So stay tuned for more information.