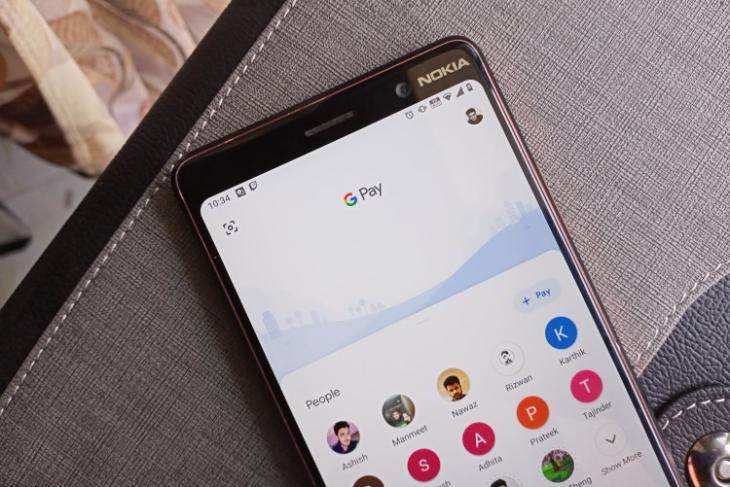 If you’ve been keeping up with the latest news, you would know that RBI recently told the Delhi High Court that Google Pay (popularly known as GPay) has been facilitating transactions without the necessary authorization from the central bank. Also, it argued that the app is not operating a payment system, which wreaked havoc among its users who started to question its security and legitimacy.

RBI responded with the said remarks during the hearing of a plea against Google Pay. It came in response to a PIL from financial economist Abhijit Mishra, who argued that the payments service was operating in violation of the Payments and Settlements Act of India. He also said that GPay did not appear in NPCI’s list of authorized ‘payment systems operators’ released back in March last year.

Google Pay was prompt in its response. The digital payments giant clarified that RBI has assigned NPCI (National Payments Corporation of India) as the Payment System Operator (PSO) of Unified Payments Interface (UPI). This means NPCI has the power to authorize whether a service can offer UPI services or not.

Google Pay is authorized as a ‘Third Party App Provider’ to offer UPI services through its app, along with the likes of Flipkart, Mobikwik, Cred, and many others. It does not include a wallet integration or bank license, so it cannot as a UPI member. NPCI too chimed in to dismiss any fraudulent claims that Google Pay UPI transactions are not legally protected. The reports wrongly attribute RBI to have claimed the same.

“We would like to clarify that Google Pay is classified as [a] Third Party App Provider (TPAP) that also provides UPI payment services like many others, working through banking partners and operating under the UPI framework of NPCI,” stated an official statement (via Moneycontol).

NPCI publishes a list of both PSP (payment system players) and TPAP (third-party app providers) on its official website. We took a gander at this list and found Google Pay on there, working with four partner banks. You can take a look at the list in the screenshot below: 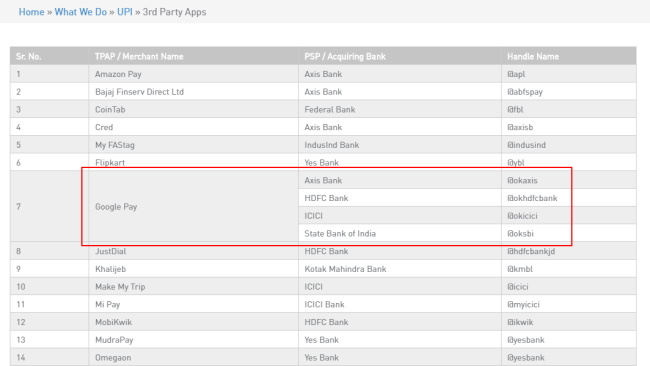 NPCI further continued, “All transactions made via Google Pay are fully protected by redressal processes laid out by applicable guidelines of the RBI/ NPCI, and users can reach out for any help 24/7, through Google Pay customer care.” So yeah, if you have fearing to use Google Pay to transfer money, thinking that it’s fraud or illegal and that you would lose your hard-earned money, then be assured as there’s nothing to worry about.