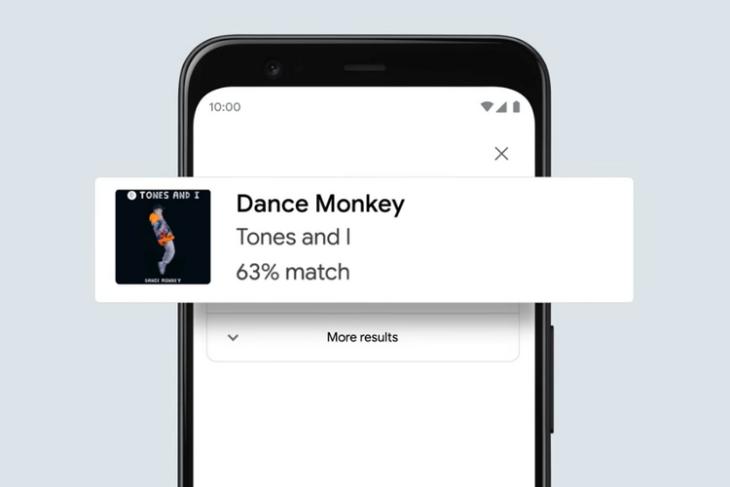 Remembering songs that are stuck in your head is arguably one of the most underrated pleasures in life. While there are a lot of services to help you find songs that are playing in the background, only a few of them such as SoundHound support the possibility of recognizing tracks just by humming or whistling them out loud. Well, Google is finally catching up and at its Search On event, the company announced support for ‘hum to search’.

As the name implies, you can now hum to find songs that you badly want to find. According to Google, you don’t even have to hum in the right pitch for the feature to recognize songs. The feature works on the latest version of the Google app and is also available on Google Assistant.

To get started, open the Google app, tap on the mic icon, and say ‘What’s this song’. You can also tap on the ‘Search a song’ button that appears on this screen. If you’re using the Assistant, you can say “Hey Google, what’s this song?” After the Listening page appears, you can start humming to identify the song.

Google will show relevant results along with match percentages. However, the first result is likely to be the song that you’re looking for. Google says this feature is built based on its AI team’s previous work in music recognition technology used in the ‘Now Playing’ feature on Pixel phones. The company then expanded this technology to its SoundSearch feature in the Google app back in 2018.

“When you hum a melody into Search, our machine learning models transform the audio into a number-based sequence representing the song’s melody. Our models are trained to identify songs based on a variety of sources, including humans singing, whistling or humming, as well as studio recordings. The algorithms also take away all the other details, like accompanying instruments and the voice’s timbre and tone,” explains Google.

In my experience, the ‘Hum to Search’ feature was able to detect all the songs that I hummed. If you’re interested, you can try out the feature in English on iOS. On the Android side of things, the feature supports over 20 languages.