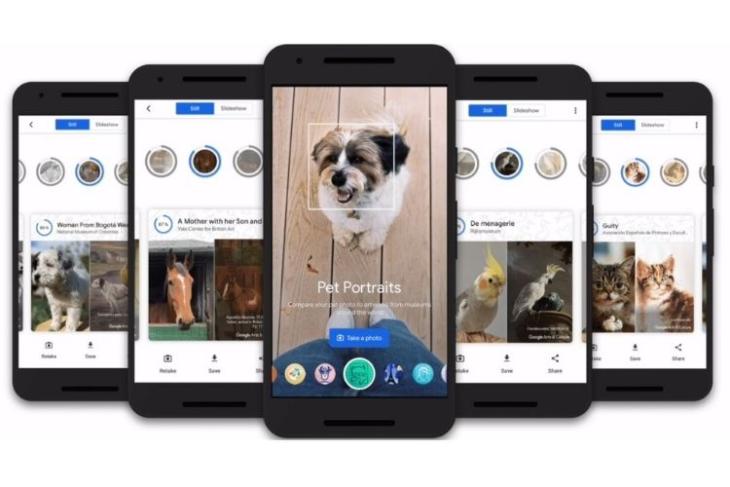 Google has been adding various cool features to its Arts and Culture app to let users explore new places and fidget around with AR-based art objects in the real world. The Mountain View giant introduced a feature that lets users find their lookalikes in ancient artworks using the Arts and Culture app back in 2018. The company has now expanded this feature to your pets, meaning you can now use the app to find your pet’s doppelganger in ancient artworks.

Google recently shared an official blog post to announce the new Pet Portraits feature for the Google Arts and Culture app. The feature works similarly to the previous one that lets you find your lookalike in artworks by analyzing selfies or portrait images. However, instead of analyzing your face to find a match, the Pet Portraits feature will analyze your furry friends’ pictures to find their lookalikes in works of art.

To get started, download and install the Google Arts and Culture app on your Android or iOS device. Then, open the app and tap the multi-colored camera icon at the bottom of the screen to use the new Pet Portraits feature right away. You can provide a still image of your pet or combine multiple images to create a GIF image.

I tested it out on my iOS device and it worked perfectly fine. However, as I do not have my own pet, I used a picture of a cute dog from the Internet. Nonetheless, it was able to find a match for the provided image and show the results instantly. Furthermore, I even got a badge for using the feature. You can check out the screenshots attached right below.

Google says that the feature uses its trained computer algorithm to recognize your pet’s images. Then, a machine learning model matches the picture with thousands of artworks submitted by the company’s partner institutions and museums over the years. Once the Pet Portraits feature finds a match, it shows the results, on which you can tap to know the stories behind the artworks.

So, if you have a pet running around or sleeping near you, use the Google Arts and Culture app to click a picture of them to instantly find their doppelgangers in ancient artworks. Also, let us know your thoughts in the comments below.