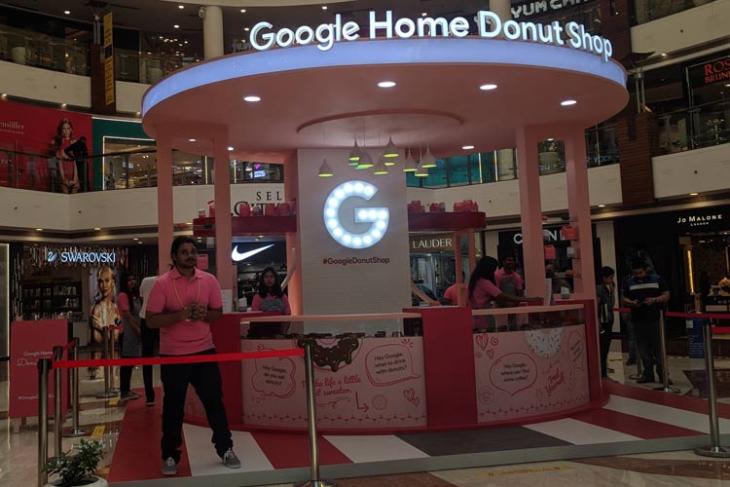 Google finally brought Google Home smart speakers to India earlier this month, and there’s a great effort from the company to make sure potential buyers get the full picture of what Google Home can do. Part of this is the Google Home Donut Shop, which has been launched in Delhi and Mumbai for the first month.

We got a chance to experience the Donut Shop in Delhi’s Select City Walk mall in Saket, where Google has installed a large kiosk till May 18, 2018 to give potential buyers the full Google Home experience, as well as some very Google-y easter eggs and gifts. In Mumbai, the Google Home Donut shop has been installed at the R City mall in Ghatkopar.

The idea behind the Donut Shop is simple: Give users an idea of the capabilities of the Google Home devices and tempt buyers with very attractive launch offers. You also get a chance to win a donut or a Google Home Mini if you’re lucky. 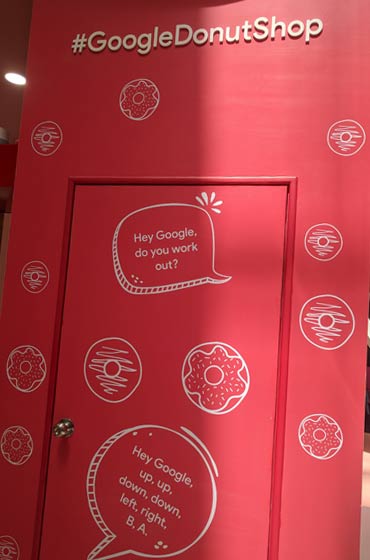 The Google Home team at the experience zone of the Donut Shop will take you through the features of the smart speakers, including its wide range of use-cases. We were informed that Google expects most number of questions in relation to the Google Home’s multimedia capabilities. Indeed, Google’s launch offers for Home make the focus clear.

Those buying a Google Home speaker from the Donut Shops will get a Google Chromecast 2 and JBL Bluetooth speakers absolutely free. The Chromecast itself is priced at Rs 3,399 in India, so this is an excellent offer if you don’t already have one at home. There’s more for music lovers as Google is also throwing in subscription packages for Google Play Music, as well as premium Saavn and Gaana subscription with the Home speakers. As we reported, the Google Home speakers are excellent music players in the Indian context. These offers are in addition to the launch offers on online stores.

As far as the Donut Shop easter eggs are concerned, you can win a Google Home Mini for free by playing along with the game Google has set up at the kiosks. Just walk up to the Donut station, ask Google Home Mini a question (your own, or any of the ones Google recommends) and press a buzzer. The buzzer gets the Donut carousel spinning and you will either get a real donut – most likely – or a Google Home Mini.

When we visited the kiosk during a preview show for the press, there were many eager shoppers waiting for the Donut Shop to be opened up for the public. It just took a minute after it opened for the flood of potential buyers to hit the kiosk.

After the relative success of Google Pixel 2 in India (in comparison to the first-gen Pixel) Google is clearly making a huge effort to engage with buyers in India. We already know that the company is looking to bring standalone stores to the Indian market, and the Google Home Donut Shop shows that Google is not afraid to experiment in a market where people are very keen on trying before buying. The Google Home Donut Shop lets buyers do just that, and it also shows a fun side of Google that’s sorely missing from the Indian retail space.