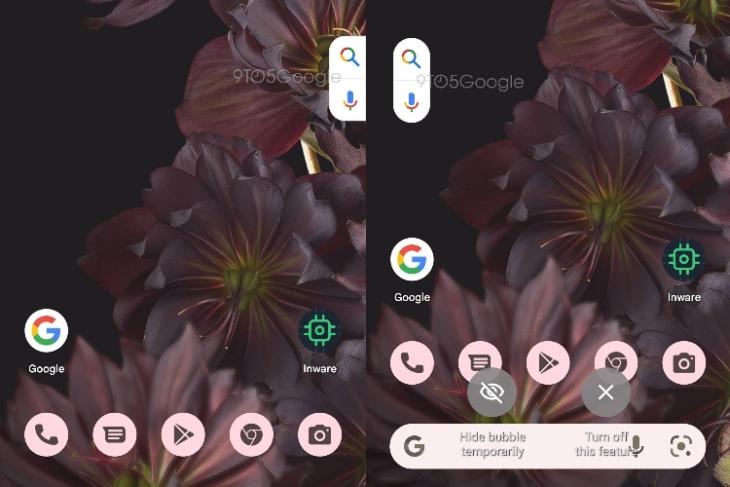 Google is working to add a floating search shortcut to its default search app on Android devices. It will help users easily access text-based search or voice-based search. The search shortcut will remain on the home screen as well as when using different apps to let users instantly get answers to a query from anywhere on the device.

The floating search shortcut was recently spotted by 9to5Google within the Google app (v12.44), which is currently in beta. It is similar to the floating chat bubbles that appear for various social messaging apps like Facebook Messenger on Android. However, instead of a round shape, the Google app shortcut has a pill-shaped design and remains docked either on the right or the left edge of the screen.

When docked to one side of the screen, the search shortcut appears as a rectangular UI, including a multi-color magnifier icon and a mic icon. Tapping the magnifier icon will open up a Google search text field to search for a query, while the microphone icon lets users search for queries using the non-assistant voice-based search. You can check out some screenshots (via 9to5Google) showcasing the new floating search shortcut in the Google app below.

Dragging the shortcut out of the docked position reveals the pill-shaped design of the UI. When opened, users will also see two additional buttons to temporarily hide the search bubble or turn it off. Moreover, when users launch the Google app after the feature rolls out, they will get two new options to “keep” the shortcut or “Remove” it entirely.

Now, coming to the availability of the feature, the floating search bubble is currently hidden in the beta version of the Google app. However, as 9to5Google reports, the Mountain View giant will roll it out to the public sooner rather than later.