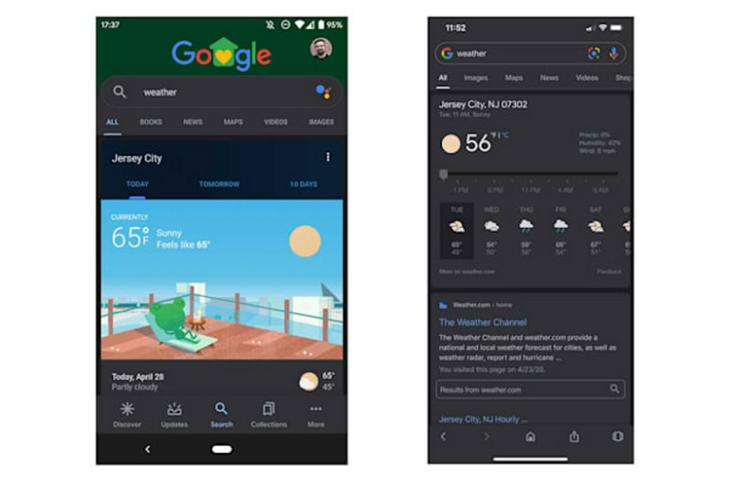 Google will finally start rolling out the Dark Mode for its flagship search app on Android and iOS later today. The company had originally rolled out the feature to the beta version of the app on Android last February. It will now roll out with the latest stable version for all devices running Android 10 or iOS 12 and above. The rollout will start at Midday ET/ 9PT (9:30PM IST).

Once the Dark Mode is available, it will follow the device’s global display settings on Android 10 and iOS 13. This means it will be auto-activated if you are using the dark theme on your smartphone. iOS 12 users will need to turn it on manually from the app’s settings page though due to the lack of a system-wide dark theme feature.

In the beta version, you could also enable it manually on devices running Android 8.0 Oreo and Android 9.0 Pie. It will be interesting to see if Google retains this option in the stable version or not.

Dark Mode has taken its own sweet time coming to Google’s flagship app. Unfortunately, given the state of Android fragmentation, it will still remain unavailable to most Android devices as of now.

How to Get the Official Dark Mode on WhatsApp [Root Required]