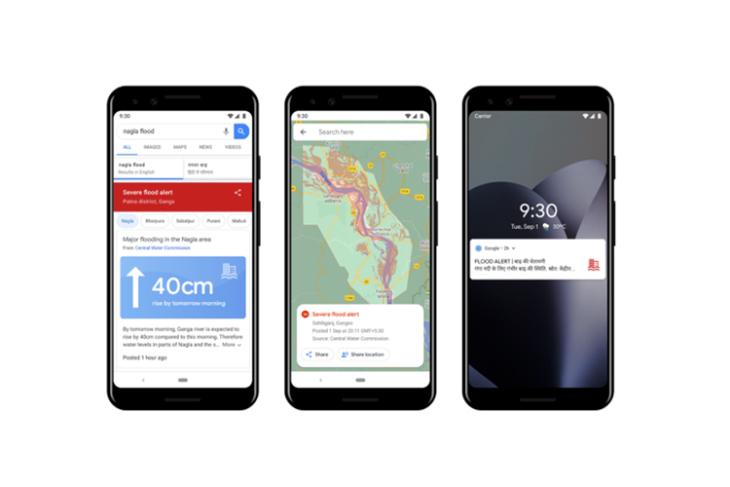 Google has expanded the scope and scale of its flood prediction service to cover the whole of India. In an official blog post on Tuesday, the company said that the expansion will enable the system to better protect more than 200 million people across more than 250,000 square kilometers using Google technology.

Launched in 2018, the AI-based technology now covers more than 20 times the area it covered last year, and Google says it has already sent out around 30 million notifications to people in flood-affected areas. The company, earlier this year, had launched a new forecasting model that allows it to double the lead time of many of its alerts. The company also says that its technology can forecast the correct water level within a margin of error of 15 centimeters.

In addition to expanding in India, Google has partnered with the Bangladesh Water Development Board to bring its warnings and services to Bangladesh, which experiences more flooding than any other country in the world. “We currently cover more than 40 million people in Bangladesh, and we’re working to extend this to the whole country”, the company said in its post.

Google is also collaborating with the International Federation of the Red Cross and Red Crescent Societies to protect the most vulnerable. The partnership aims to build local networks that can get disaster alert information to people who wouldn’t otherwise receive smartphone alerts directly.

The Google Flood Forecasting Initiative has been working with governments around the world to develop systems that predict when and where flooding will occur. South Asia – especially India – has been a prime focus for the technology, given the extensive damage and destruction that flooding causes in many regions around the country.