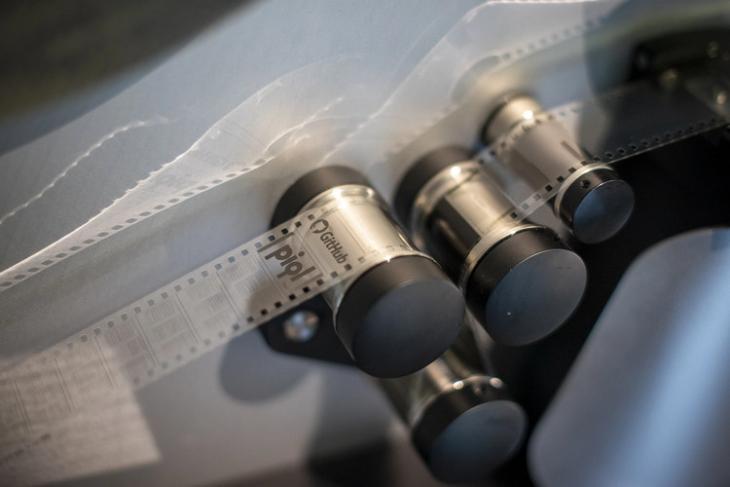 GitHub has archived its repository of open source software in a former coal mine in Norway’s Svalbard archipelago. The data is buried 250 meters deep in the permafrost of an Arctic mountain on the Norwegian island of Spitsbergen. The overall data is around 21TB, and is written to 186 modern movie-style film reels.

The Microsoft-owned software development and source-code management platform had originally announced plans to archive all of the open source code on its site at the Arctic World Archive last November. The operation is part of the GitHub Archive Program, which aims to preserve today’s open-source software for future generations.

The completion of the mission was announced this week by Julia Metcalf, the director of strategic programs at GitHub. According to her: “The code landed in Longyearbyen, a town of a few thousand people on Svalbard, where our boxes were met by a local logistics company and taken into intermediate secure storage overnight. The next morning, it traveled to the decommissioned coal mine set in the mountain, and then to a chamber deep inside hundreds of meters of permafrost, where the code now resides fulfilling their mission of preserving the world’s open-source code for over 1,000 years”.

As for the storage medium, Piql claims that the film has a lifespan of more than five hundred years. It is a “photo-sensitive, chemically stable and secure medium with proven longevity of hundreds of years”, the company said. Piql further said that the data is stored offline for reasons of security. It will not be affected in case of an electricity shortage or if exposed to electromagnetic pulses. To protect against digital obsolescence, the film reels also come with instructions explaining how to retrieve the information.