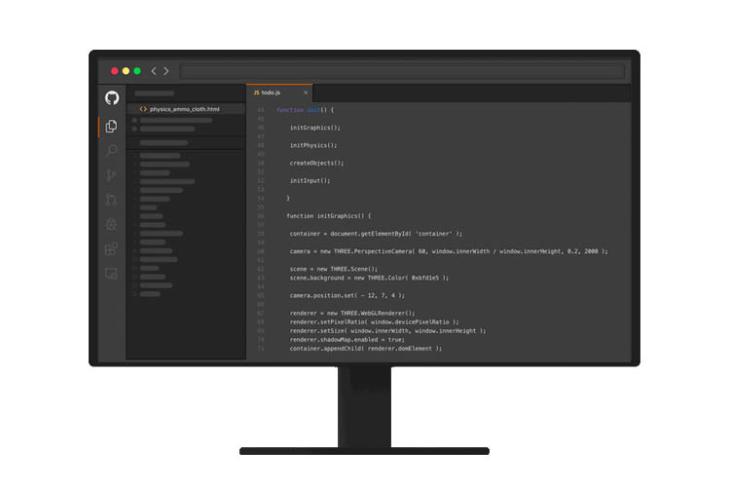 At its ‘Satellite’ virtual conference on Wednesday, GitHub announced four new products that it said will help software communities collaborate better online. The most notable one is a full-fledged cloud-based IDE called GitHub Codespaces based on Microsoft’s Visual Studio Code. According to Shanku Niyogi, GitHub’s SVP of Product, “Codespaces gives you a fully-featured cloud-hosted dev environment that spins up in seconds, directly within GitHub, so you can start contributing to a project right away”.

It is worth noting here that the cloud version of VS Code was itself renamed to Visual Studio Codespaces last week, which suggests that GitHub is now integrating those exact same tools with its service under a very similar name. Of course, GitHub is now owned by Microsoft after a controversial acquisition in 2018, so it is only to be expected that the two will be sharing the same underlying technology for their cloud-based IDE service(s).

Alongside Codespaces, GitHub also announced Discussions, which, as its name suggests, is a discussion forum to talk about anything related to a given project. While GitHub already allowed users to have conversations through issues and pull requests, the new feature is meant to enable unstructured threaded conversations. Discussions is currently in beta testing with a few open source communities, but GitHub says it will available to other projects soon.

Last, but definitely not the least, are a couple of security-centric features called Code Scanning and Secret Scanning. Powered by CodeQL, Code Scanning checks your code for potential security vulnerabilities. As for Secret Scanning, it is a rebranding of the Token Scanning functionality that has been available for all public repositories since 2018. Both features are part of GitHub Advanced Security and are available for free for open-source projects.