There have been several incidents where participants forget to mute their microphone during meetings and continue speaking, assuming they are on mute. To prevent such mishaps, Microsoft added a universal video conference mute utility to PowerToys in September last year. The feature lets users quickly turn off the microphone and camera on Windows 10 with keyboard shortcuts and a toolbar. In this article, we’ll be taking a look at how you can use this PowerToys feature to seamlessly mute meetings.

Get a Universal Mute Switch for Video Calls on Windows 10

At the time of writing this article, PowerToys’ video conference mute is still in experimental phase. However, the development team is almost ready to release the feature to the stable version of PowerToys after testing with 0.34 experimental release. I’ll be using the 0.22.0 experimental release here as 0.34 build isn’t available just yet. Depending on when you try this feature, you can either grab 0.22 build (immediately), 0.34 build (in a week), or stable version (in a few weeks). It is also worth keeping in mind that the feature requires Windows 10 version 1903 (build 18362) or later. 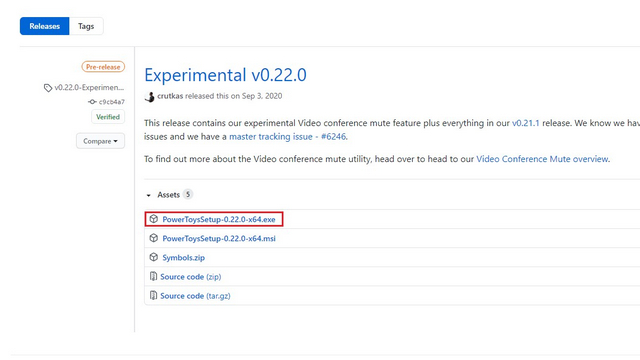 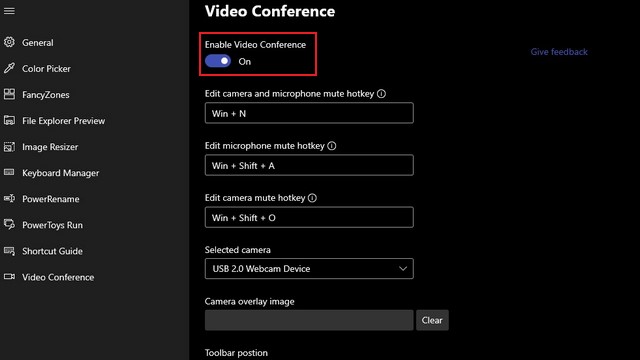 3. You should now go to the target video conferencing platform and choose ‘PowerToys VideoConference’ as the camera. 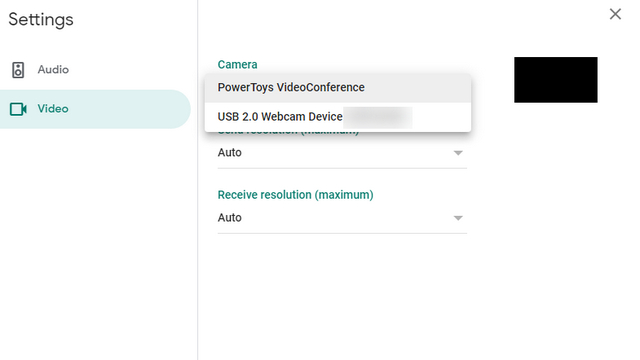 4. If you have multiple cameras, you can set the default camera from the ‘Selected camera’ section of the PowerToys app. 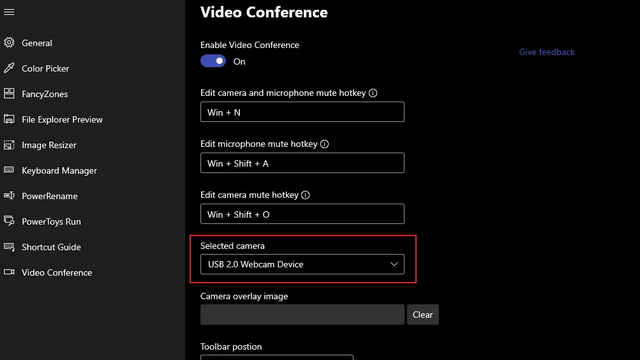 A toolbar appears when you hit one of these combinations. This toolbar stays on top for quick access even if you switch apps. You can use the toolbar to know the current state of your microphone & camera and click on the buttons to enable or disable them. 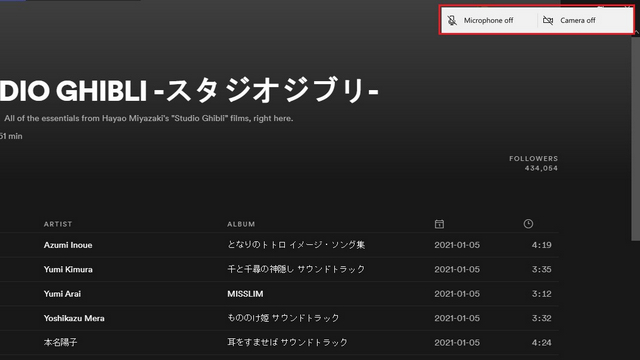 For those wondering how it works, Microsoft says that PowerToys uses the global microphone mute API in Windows for muting the microphone. For controlling the camera, PowerToys uses a virtual driver. “The video is routed through the driver and back to the application. Selecting the Video Conference Mute shortcut key stops video from streaming, but the application still thinks it is receiving video, the video is just replaced with black or the image placeholder you’ve saved in the settings,” explains Microsoft.

To change the default image, you can head to the ‘Camera overlay image’ section of PowerToys app. Pick an image of your choice and it will appear when you use PowerToys to mute your camera. You can alternatively leave it blank to use a black background. For best results, however, I would suggest taking a screenshot of the interface when you mute the camera using the built-in camera mute option of the video conferencing platform. 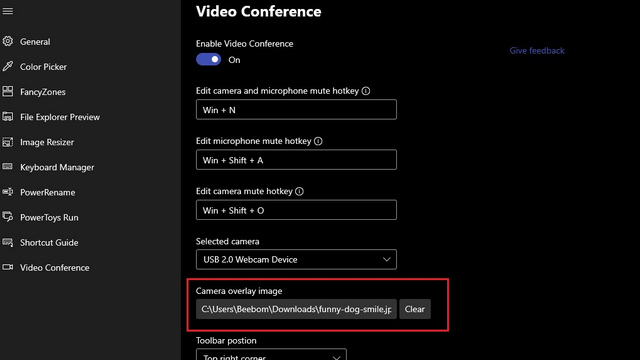 Here’s how it looks for other participants when you use a custom camera overlay image (don’t use this image please) and mute your camera using PowerToys.

So, that’s how you can utilize PowerToys to get a convenient option to mute your camera and microphone without any hassle. If you’re interested to learn more PowerToys features, check out our guide explaining how you can use PowerToys on Windows 10.

PowerToys Is Now Available on the Microsoft Store

How to Get a System-Wide Color Picker on Windows 10