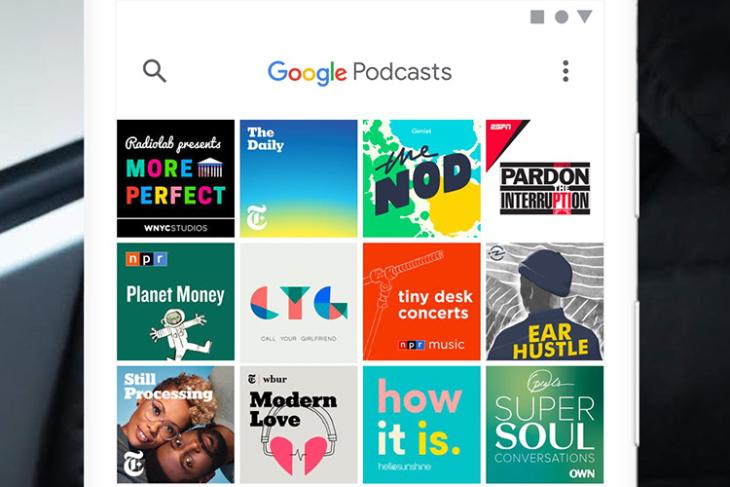 Google has long talked about a dedicated section for Podcasts in its Android app that allowed users to subscribe, stream, and even download a podcast. However, Google is about to roll out an dedicated app for podcasts, named simply “Google Podcasts”, to help users keep a tab on their favorite shows.

The Google Podcasts app can be synced with Google Assistant, allowing you to resume the stream on a Google Home or any other Assistant-powered smart speaker from wherever you left it. It will offer content in 47 languages worldwide and has nearly 2 million podcasts indexed so far.

The Podcasts app has AI-driven “personalized recommendations” which you may be familiar with from YouTube. These suggestions will be based on podcasts subscriptions and the listening habits of a user. Apart from basic features like subscribing and downloading podcasts, users will also be able to vary the speed of playback. 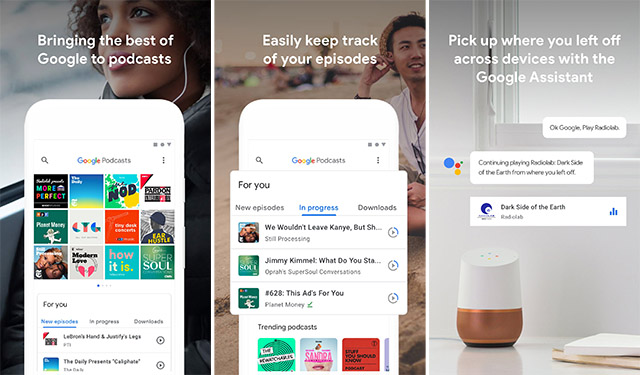 The app is yet to go live but the information was revealed via a Product Hunt listing. The app will only likely be released for Android as of now, while there is no timeline for a release on iOS.

Based on the screenshots, we can see that the app embraces Google’s Material Theme along with a “For You” tab to show newly launched, recently played and finished, and downloaded podcasts. 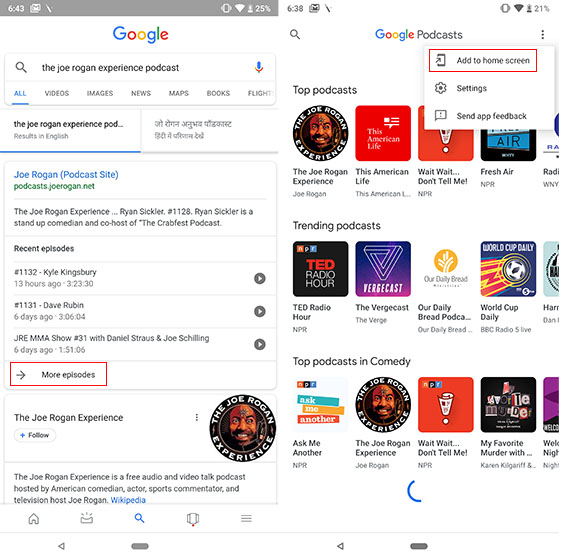 In case you are still intrigued to try out the existing functionality, you can search for any podcast (for instance, The Joe Rogan Experience) on the Google app, and tap on “More episodes”. Then, tap on new Google Podcasts icon on the top left, followed by the three-dot button on the top right side and then, select “Add to home screen” to add a shortcut.

We expect Google to announce the app officially soon, but the plan might have been postponed to give due attention to YouTube Music, which replaces Google’s earlier music streaming service Play Music.