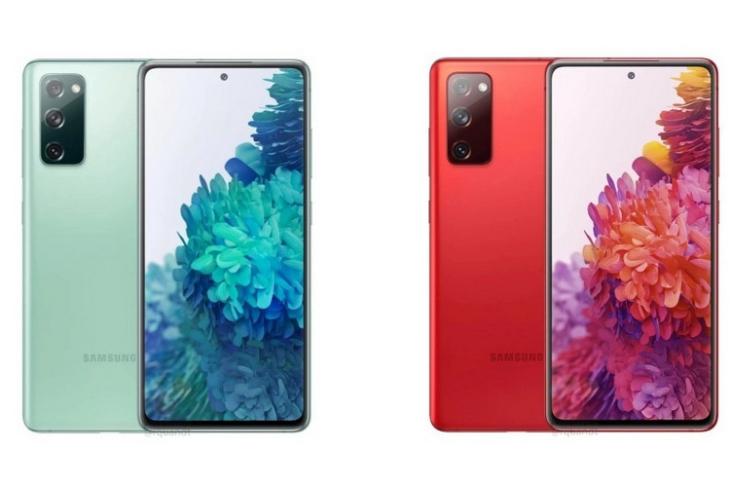 Samsung‘s so-called Galaxy S20 Fan Edition (FE) has been in the news over the past few weeks, but the exact tech specs had largely remained under wraps. That, however, seems to have changed now with German tech blog, WinFuture, revealing the phone’s key tech specs.

According to the report, the device will ship in two variants – one with 5G connectivity, and one, without. While the former will be powered by the Snapdragon 865 SoC, the latter will ship with the Exynos 990 under the hood. Samsung will reportedly offer both versions in Europe, but it isn’t immediately clear as to what the company’s plans are for the rest of the world.

Except for the processor, the rest of the tech specs of the two variants will be pretty much identical. That includes a 6.5-inch, 20:9 Super AMOLED display with 120Hz refresh rate, 2400 x 1080 pixel resolution and Corning Gorilla Glass 3 protection. Apart from that, the device is said to ship with 6GB of RAM and 128GB UFS 3.1 storage.

Imaging options will reportedly include a triple-camera setup at the back, comprising of a 12MP (wide-angle) + 12MP (ultra wide-angle) +8MP (telephoto) module. The primary and telephoto cameras will also have OIS support for sharper images. The front-camera, meanwhile, will be a 32MP unit with an 81-degree field-of-view. Sensors will include accelerometer, fingerprint scanner, gyroscope, magnetometer (e-compass), hall sensor, light sensor and proximity sensor.

The report further states that the Galaxy S20 FE will sport a 4,500mAh Li-Po battery with 15W charging. The phone will also apparently support wireless charging. Finally, the device will be available in white, blue, orange, lavender, green and red color options. There’s no word on an exact launch date, but it’s expected to launch later this month.