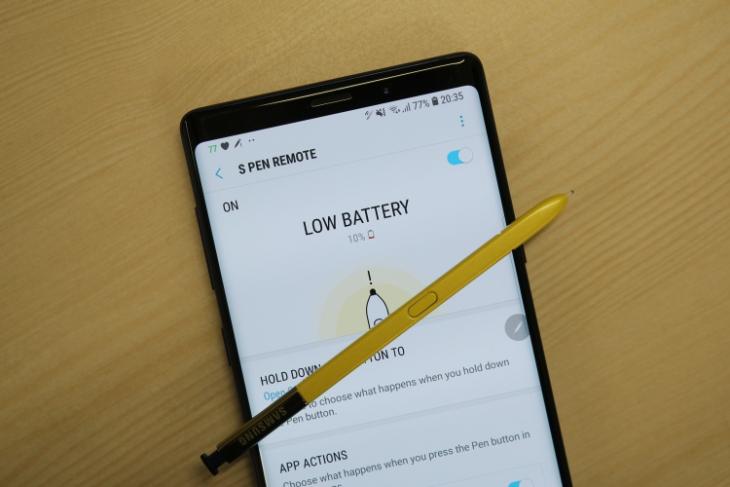 The Galaxy Note 9 was launched last month, and has shaped up to be the best Samsung has to offer in a really long time. The device features a massive display, dual-aperture rear cameras, its biggest-ever battery, and a supercharged S Pen.

The S Pen on the Galaxy Note 9 is no longer just a stylus for creative and note-taking purposes but instead, comes with Bluetooth and a super-capacitor (essentially a small battery). It has turned the S Pen into a remote control that can be used to unlock the device, capture pictures, control music playback, and much more. 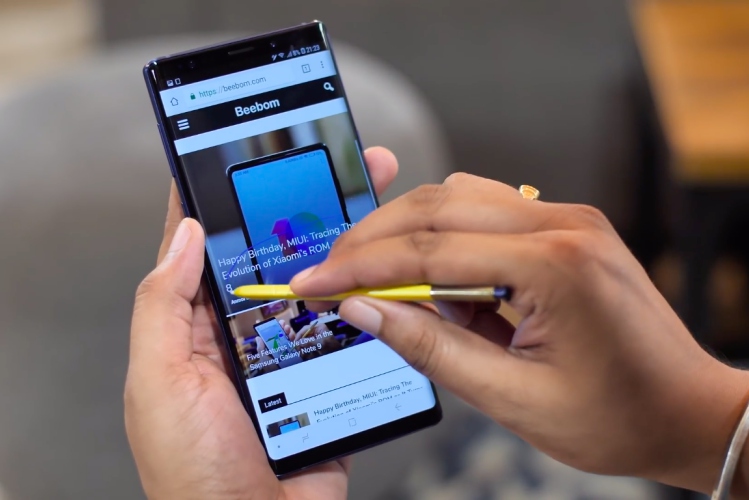 Now, Samsung claims that the super-capacitor within the S Pen charges up in just 40 seconds, giving it juice enough to last 30 minutes or up to 200 clicks of the button on the S Pen. So, we decided to put Samsung’s claims to the test, while also putting the new S Pen through its paces. Just how long does it last or how many clicks can it offer on a single charge.

We tested the battery life of the Galaxy Note 9’s S Pen under two conditions, in one we alternated between playback control and doodling on the Galaxy Note 9, and in the second test, we clicked pictures at frequent intervals – to emulate typical behaviour during any outdoor activity. So, here are the results:

In the first test, which is day-to-day usage of the S Pen, the charge lasted for around 35-40 minutes on average before dropping into the glowing yellow and red territory in the Settings. This is pretty good, when you consider that most people use their phone for around 5-6 hours in a day.

The S Pen remote control was good for around 220-250 clicks in this test – the clicks paused and resumed playback.The super-capacitor not only discharged for clicking but also because it was out of its compartment inside the Galaxy Note 9.

Note: You can continue to use the S Pen as the good ol’ stylus it is to take notes, color pictures, or fulfill your creative endeavors even after the super-capacitor is discharged. 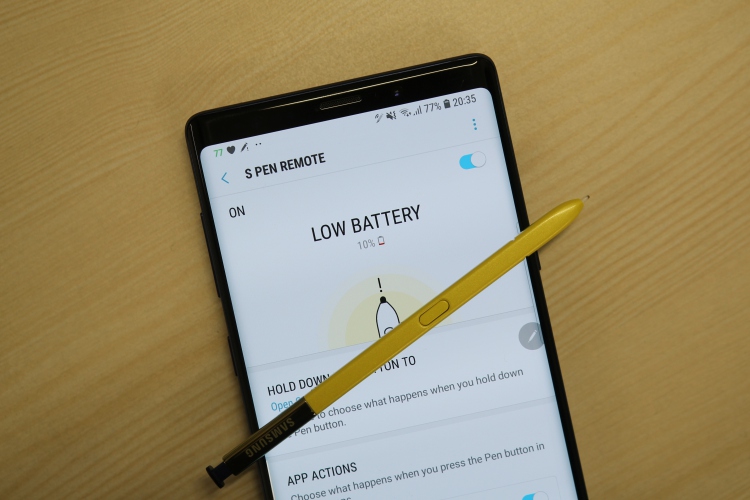 The second test was more intensive on the battery, and was designed to test the how many photos you can click with the S Pen’s button, before its battery completely dies out.

This test gave us more clicks – since we were not using the S Pen to scribble on the screen. We managed to click 330-350 pictures with just the S Pen button, which is quite impressive. This means the S Pen can help you capture a lot of photos and selfies when you’re out and about.

Do note though that we clicked over 300 pictures in very rapid succession. The S Pen battery drained completely in just 10-12 minutes. You will get longer usage if you click images at less frequent intervals. 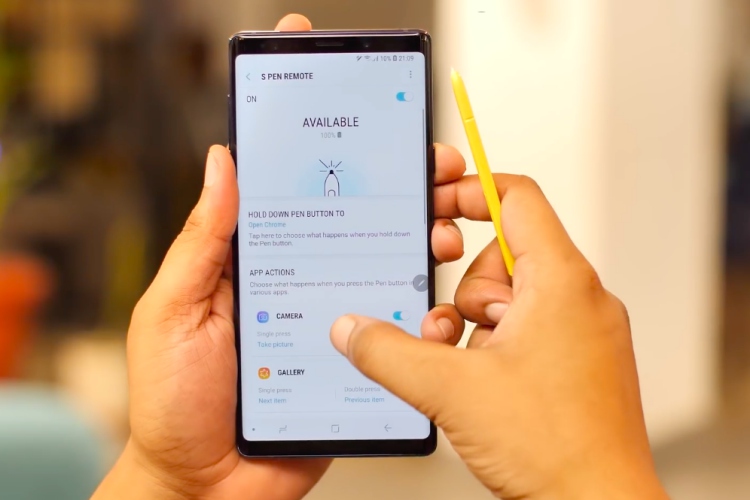 Even when I plugged in a fully discharged S Pen into the Galaxy Note 9, it took the same time. This makes charging the S Pen effortless.

The connected S Pen only needs close to 20-25 seconds to charge fully, giving it enough juice for 40-odd minutes and around 275 clicks on average. Overall, Samsung has undersold the battery life, number of clicks and charging time, which is a pleasant surprise.