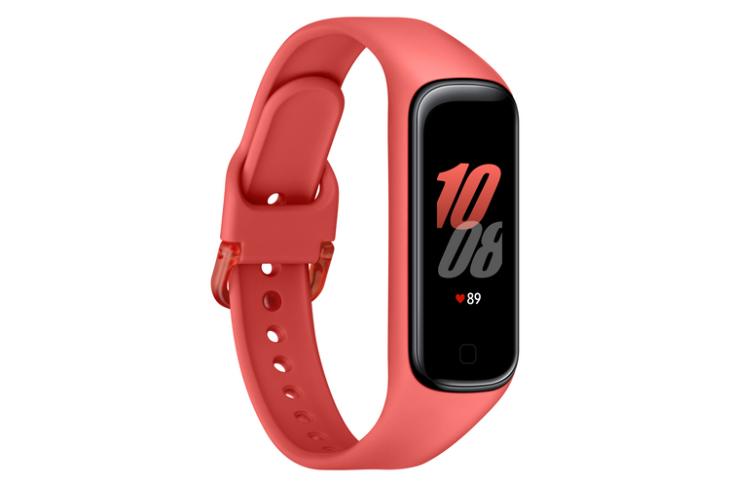 Samsung has announced the Galaxy Fit 2 fitness tracker at its ‘Life Unstoppable’ virtual event alongside its 4K projector. The company has used a groove design on the Galaxy Fit 2, which Samsung claims will help reduce sweating. It features a 1.1-inch AMOLED 3D glass display along with over 70 different face options for customization.

According to Samsung, the Galaxy Fit 2 has up to five activity tracking features including calories, heart rate, and distance. It is also capable of monitoring sleep and you get a sleep score based on your sleep patterns.

As far as the battery life is concerned, Samsung promises up to 15 days on a single charge with the Galaxy Fit 2’s 159mAh battery. Moreover, the South Korean tech giant claims it could go up to 21 days based on your settings and usage.

As Sammobile reports, the Galaxy Fit 2 will come with an official IP68 rating. You can use the gadget with 1.5GB+RAM Android phones running Lollipop or later and iPhone 7 or later with iOS 10.0 and above. The Galaxy Fit 2 will be available to buy in two color variants namely Black and Scarlet.

Samsung has not revealed the pricing and availability of the Galaxy Fit 2 yet and that’s something we will have to wait and find out. To recall, Samsung launched the Galaxy Fit in India at Rs. 9,990 last June. The price of Galaxy Fit 2 might be somewhere around the Rs.10,000 mark like its predecessor. We could expect the company to reveal the exact details in the coming weeks. Hence, stay tuned for updates.