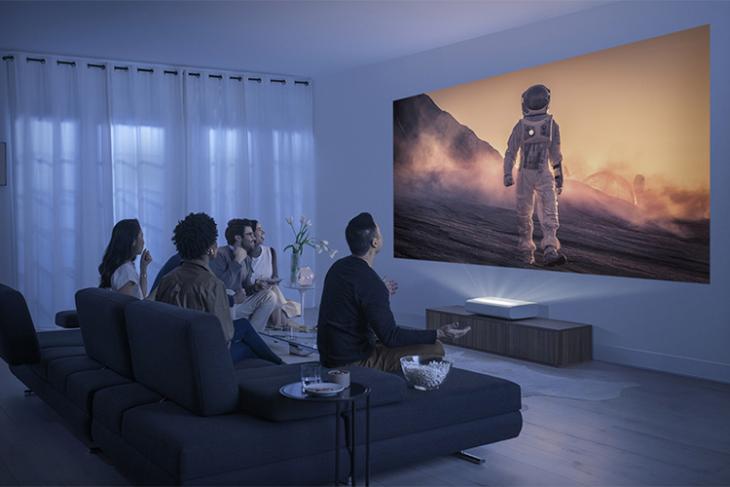 At its “Life Unstoppable” virtual event that coincides with IFA 2020, Samsung took the wraps off one of its more insane products. “The Premiere” is a projector for people who need TVs bigger than Samsung currently offers, or those with private movie rooms at their homes.

The Premiere is a short throw laser projector that is capable of displaying up to 130-inch 4K pictures. It comes in two models, LSP9T for the 130-inch version and LSP7T for a 120-inch version. Both display 4K footage, complete with support for HDR10 Plus. In fact, Samsung claims that this is the first projector in the world to support the standard. Moreover, the projector comes with Samsung’s Smart TV features as well.

The Premiere also comes with speakers built-in. Samsung says the projector’s speakers utilise Acoustic Beam technology, the same thing that Samsung’s soundbars use. That means you can expect the projector to be a complete package, without having to worry about plugging in external speakers to it.

The company hasn’t announced pricing for the projector yet, but it’s safe to say that it will have a hefty markup for anyone looking to buy it. As for availability, the company says The Premiere will be available this year in Germany, the UK, France, Switzerland, Austria, Netherlands, Belgium, Italy, Spain, and Nordics.